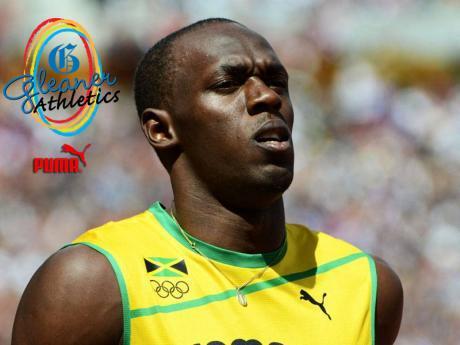 Bolt ...spent the past few weeks being tuned by his coach Glen Mills

The world's fastest man, Usain Bolt, spent the past few days taking it slow in Monte Carlo, Monaco as he gets ready to unleash some speed at next week's IAAF World Championships in Beijing, China.

Bolt, who spent the past few weeks being tuned by his coach Glen Mills has been given the time to recover after some gruelling work in training with strong indications that the defending world 100m and 200m champion is primed and ready to show his class inside the Bird's Nest.

The Jamaican has had an up-and-down season after being hampered by a pelvic issue but twice ran 9.87 within a hour at the Sainsbury's Anniversary Games in London a few weeks ago to pretty much confirm reports that he was nearing his best.

As earlier reported by The Gleaner, Bolt is expected to arrive at Jamaica's pre-championships camp on Friday to meet up with the rest of his team-mates in Tottori, Japan before travelling with the group to Beijing on Monday or Tuesday. Bolt is expected to be challenged for both sprint titles by in-form American Justin Gatlin, who has the fastest time this year in both events and has gone unbeaten in almost 30 races since 2013.