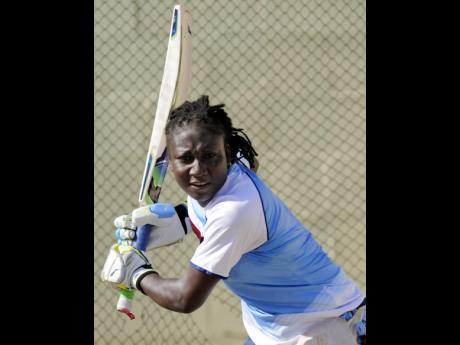 The battle for supremacy in the WICB Regional Women's Super-50 tournament reaches a crucial point with the fifth and final round of matches to be contested in Trinidad today.

The three teams at the top of the table heading into the final round are in a tussle to secure their place in the final of the competition to be contested on Sunday.

Barbados on 16 points, Trinidad and Tobago on 12 and Jamaica on 11 are the major contenders for the final, with Guyana, South Windward and North Windward no longer in contention.

Two of the teams who fancy their chances of playing in the finals, front runners Barbados, and Trinidad and Tobago, clash at the National Cricket Centre in an eagerly anticipated fixture.

The Barbadians will be hoping to maintain their unbeaten run and seal their spot in Sunday's grand finale while the homeside, with two wins and a defeat, need a clear victory to increase their chances of appearing in the finals.

On Wednesday, Barbados demolished North Windwards by 181 runs at Macaulay Park to move to the top of the table, while Trinidad and Tobago relinquished their lead after losing to Jamaica by 19 runs at The National Cricket Centre.

still on a high

Jamaica, still on a high after knocking Trinidad and Tobago from the top of the table, with a 19-run victory on Wednesday, are also eyeing one of the two spots in the final.

The Jamaicans, led by the experienced Stafanie Taylor, are the favourites to beat lowly ranked Guyana when the two teams meet at Gilbert Park.

While Jamaica need to win against Guyana, their entry into the finals will also depend on the outcome of the clash between Barbados, and Trinidad and Tobago.