Bolt to arrive in Japan today 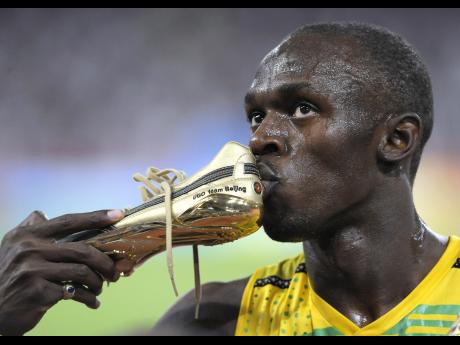 The world's fastest man was given some time off, as he took it slow in the luxe Monte Carlo playground, with the athlete and his handlers reportedly satisfied with the work he has done over the past few weeks after a disrupted start to his season.

Bolt, who spent the last few weeks under heavy conditioning by his coach, Glen Mills, is said to be in prime condition as he gets set to defend his 100m and 200m titles at next week's IAAF World Championships in Beijing, China.

The big Jamaican has had an up and down season after being hampered by a pelvic issue, but twice ran 9.87 within an hour at the Sainsbury's Anniversary Games in London a few weeks ago to pretty much confirm reports that he was nearing his best.

Bolt is expected to be challenged for both sprint titles by in-form American Justin Gatlin, who has the fastest time this year in both events and has gone unbeaten in almost 30 races since 2013.

Bolt's only loss at a major championships since the 2008 Olympic Games came in the 100m final at the 2011 World Championships, where he was disqualified after a false start, with teammate Yohan Blake going on to win the gold medal.

He has, however, according to our sources, been laying down some impressive times in training, with those who should know expressing confidence that he will successfully defend his titles in Beijing.

Bolt is expected to participate in 4x100m relay practice with other members of the pool - Nickel Ashmeade, Kemar Bailey-Cole, Nesta Carter, Asafa Powell and Tyquendo Tracey.

He may also be present at a press conference and open day scheduled for Sunday.