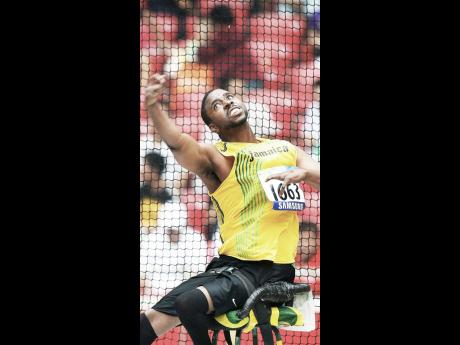 Campbell, who is better known in the discus event in which he has earned several medals, had a winning throw of 29.81 metres. Cuba's Leonardo Diaz was second with 29.06m, while Johnnie Williams of the United States took bronze with 27.32m.

The latest gold took Jamaica's medal tally at the Para Pan Am Games to five - two gold, two silver and one bronze.

In the men's 200m T47 Shane Hudson placed fourth in the first semi-final in a personal best of 22.81 seconds and has qualified for the final. David Bascoe ran in the second semi-final and clocked 23.76 for fourth place and also progressed to the final.