Persian Belle to go all the way 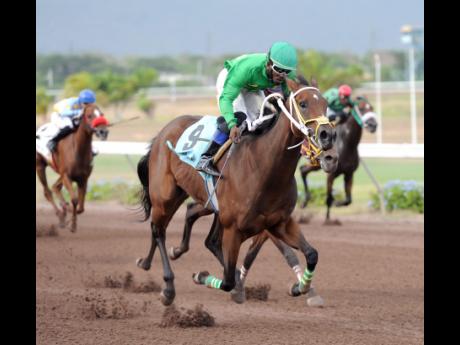 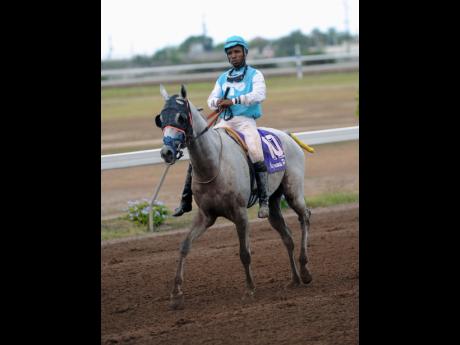 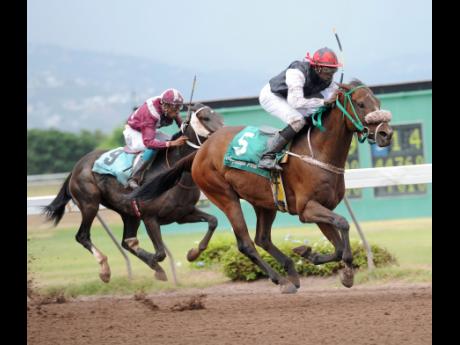 With the fancied horses falling like ninepins at Caymanas Park last Saturday, the Pick-9 had no takers and the carryover to tomorrow stands at $3.2 million.

We look at the first Super-6 on the Seek Back to School programme, this commencing with the Rhoel Rhoden Memorial Trophy race over 1100 metres for maiden two-year-olds.

Those expected to figure prominently are KIMMY'S TRAIN (Shamaree Muir), who showed promise on her recent debut, BABY P with in-form Wesley Henry and the one I like best, the debutante NUCLEAR AFFAIR, a chestnut filly by Nuclear Wayne out of Commandra Affair, to be ridden by former champion Omar Walker for trainer Gary Subratie.

She caught the eye at exercise in her preparation, galloping from the gates in 1:01.3 by 48.0 last Saturday morning and before that looked very easy when breezing 51/2 furlongs in 1:11.0. NUCLEAR AFFAIR should open her account at the expense of the Harry Parsard-trained KIMMY'S TRAIN.

HOLOGRAM SHADOW, who has beaten better in the not too distance past and is coming off a runaway win recently, ought to be followed when he contests the second race (Seek Double Line Trophy) for high claimers over a mile.

True, he faces some very fit horses in the recent winners CLASSY PROSPECT and GOLDEN BULLET as well as consistent BARS OF GOLD, who was narrowly beaten by stable-companion GOLDEN BULLET over 1700 metres last Saturday. But having won over this trip in the good time of 1:39.3 early in the season, HOLOGRAM SHADOW should gallop into an early lead with Ellis aboard and stave off hat-trick seeker CLASSY PROSPECT, who shoulders topweight with Walker aboard.

The third race over 1820 metres for $350,000-$300,000 claimers looks tailored for the front running PERSIAN BELLE, who was an upset winner (24-1) over this very trip some months ago. He represents the lone speed in an eight-horse field and with the claiming apprentice Sadiki Blake riding in good form, PERSIAN BELLE should stave off MISS BOSS LADY and BATIDOR DE MUNDO, both of whom have already won over this trip.

In the fourth race over the straight for the Seek Scrapbook Plague for non-winners of three four-year-olds and up, it will more than likely come down to a straight fight between old rivals LORD CHEPSO (Halledeen up) and JUNIOR DON (Blake aboard), both fully effective over the straight.

Both met over the course on April 11 and the Patrick lynch-trained LORD CHEPSO was driven out to beat JUNIOR DON by half a length in a driving finish. He ventures over the straight for the first time since and is tipped to resume winning ways.

The last two races in the first Super-6 should be won by the Lynch-trained WESTERN FAITH (Halledeen up) and CANTARE with Omar Walker aboard. Their respective dangers are MEL AGAIN and INSANE BOLT.