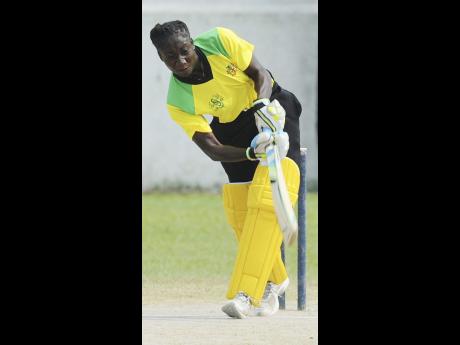 Jamaica qualified for tomorrow's final against Barbados, after defeating Guyana by 86 runs in the fifth and final round of the Regional Women's Super50 at Gilbert Park in California, Trinidad, here yesterday.

The Jamaicans were led by a brilliant all-round performance from Stafanie Taylor. The West Indies opening batter slammed a top score of 63 in her team's 210 for five. Taylor received solid support from Natasha McLean, who hammered 53, and Chinelle Henry, who hit an unbeaten 35.

The versatile Taylor then returned to claim two for 21, as her team restricted the Guyanese to 114 for nine off 33.3 overs.

The result was perfect for Jamaica, as Barbados and Trinidad and Tobago played to a tie in their match at the National Cricket Centre in Couva, Trinidad.

Barbados inched up to 18 points and topped the preliminaries, with Jamaica finishing second with 16 points, as Trinidad and Tobago slipped from second position as they finished on 14 points in third by virtue of the tied match against Barbados.

Victory lifted South Windwards to fourth position on 10 points, while Guyana remained on seven points to finish fifth, with North Windwards making up the rear on two points.