McLeod can give Ja a medal in 110m hurdles 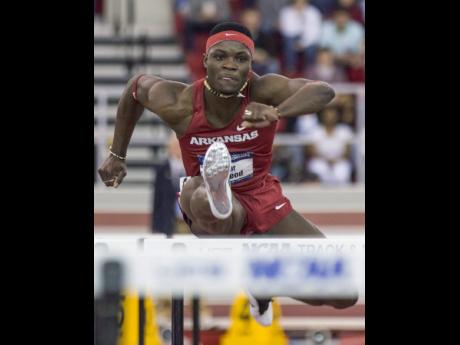 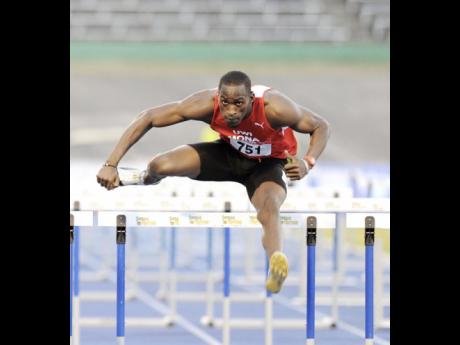 JAMAICA is yet to win a medal in the men's 110 metres hurdles at the IAAF World Championships, but history is on the horizon.

Two athletes, Omar McLeod and Hansle Parchment, with strong medal prospects in the event will represent the island at the 2015 Beijing World Championships.

The country's best placing in the event at these championships came at the 2009 Berlin meet where Maurice Wignall finished fifth and Dwight Thomas seventh.

World leader Orlando Ortega of Cuba, with a winning time of 12.94 seconds at the Paris Diamond League, will not be in Beijing and as a result of this, Jamaica's Omar McLeod will go into the championships as the top seed, following his personal best of 12.97 to win at the Jamaica National Senior Championships in June. Only one other athlete, defending champion, American David Oliver, with 12.98, has gone sub 13 seconds this season.

With no one taking the event this season by 'storm', Jamaica's top two - McLeod and Hansle Parchment, with a season best of 13.08 - both have glorious opportunities to put their names and the country's into the history book. Parchment does have the potential to go sub-13 seconds, as a year ago in Monaco he raced to victory in a personal best of 12.95. However, he has not competed since the June Trials.

With world record holder Aries Merritt of the United States and France's Pascal Martinot-Lagarde both struggling for good form, this will be a wide open race.

After a wonderful 2015 season on the collegiate circuit where he dominated his peers, McLeod looks set to go much faster than his 12.97 best.He has an excellent start and good speed over the first three hurdles and could dominate early and 'leave the field for dead'.

Teammate Parchment, who mined bronze in the event at the 2012 London Olympic Games, may lack the competitive edge, but if he reports fit for Beijing, he could be among the medals.

The other Jamaican in the event, Andrew Riley, will need a big improvement on his season's best of 13.28 to be a factor.

Oliver, the defending champion, will be hard to beat, but has his problems. He tends to start slowly and he will need to be on top of his game to win this event. Of the others, Serjey Shubenkov of Russia looks the best of the lot.

While McLeod seems to be the best tactically in the event, Oliver with his experience is given the edge, but just to get the win here over McLeod.