At the end of the game dominated by the English Roses, the score was 66-44 to land England the bronze their Netball World Cup bronze medal. After the disappointment of yesterday’s semi final loss, England re-grouped to finish their 2015 World Cup campaign on a high.

Later, Australia won their third consecutive World Title after the home crowd favourites held on to win against New Zealand in front of 16,849 fans at Allphones Arena.

Australia won the first quarter of the match, with the slow-starting Silver Ferns winning the following three but were unable to bridge the gap, with the Australians running out 58-55 winners.

With 11 more shots at goal than the Australians, the Silver Ferns couldn’t come back from the 16-7 deficit at quarter time with the Australians notching up their 11th title. 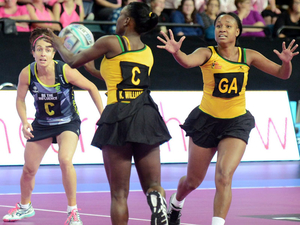 The Netball World Cup has shown the closing gap in international netball, with the African nations' performance in particular a highlight of the event - Uganda, Malawi and South Africa were impressive against the top-four nations.