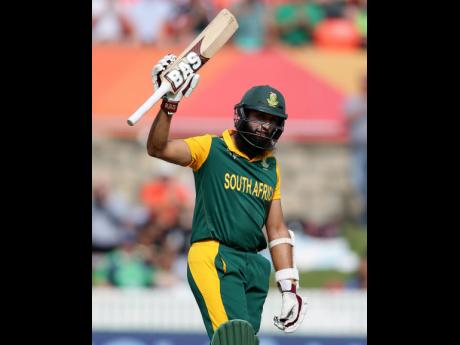 South Africa beat New Zealand by six wickets with 13 balls to spare in their first Twenty20 international at Kingsmead on Friday.

Hashim Amla led South Africa's chase with 48 from 41 balls as the home team reached 152-4 in 17.5 overs, surpassing New Zealand's 151-8 with ease in the first game of the South African international season.

AB de Villiers (33) and Rilee Rossouw (38) provided the attacking impetus with quick-fire knocks and Amla anchored the South African innings for a 1-0 lead in the two-match series.

South Africa should have been chasing a much bigger target after New Zealand openers Martin Guptill and Kane Williamson both scored 42 and shared a 68-run first-wicket partnership.

New Zealand was 102-1 with more than seven overs left but fell away as David Wiese, Kagiso Rabada and Aaron Phangiso each took two wickets.

Playing a game in August, still the South African winter, the home side chose to field first in Durban. That was ultimately a good decision, although it didn't appear that way at first.

New Zealand captain Williamson hit 42 from 21 balls with eight fours and Guptill 42 from 37 as the visitors raced away early.