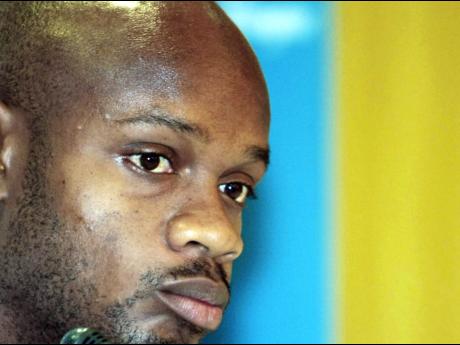 Newly appointed co-captain, Asafa Powell, says he is honoured with the appointment and is looking to lead by example at the fast-approaching IAAF World Championships in Beijing, China.

Powell, now in his 12th year as a senior international representative for the island, received his first team captaincy, along with another veteran, Veronica Campbell-Brown, ahead of the August 22-30 championships, which takes place inside the Bird's Nest.

"Being selected as team captain is a real honour for me," Powell told The Gleaner. "I appreciate and thank the Jamaica Athletics Administrative Association for choosing me to co-captain along with Veronica Campbell-Brown, who I have a great deal of respect for."

Powell, a two-time bronze-medal winner at the World Championships, admitted that he believed his experience and relationship with his teammates played a role in his selection.

"My aim, with or without the captaincy, is to lead by example, to work hard and to give my all. As it relates to the younger athletes, showing them what it takes can speak louder than any words you can say, but I have always been there if they need to talk or if they need advice, and I will continue to be there long after this training camp or the World Championships itself," said Powell.

"I do get along with everyone, and I have been there for the last 12 years, so I have seen a lot of meets, and those things may have contributed (to selection)."

Powell then weighed in on the make-up of the 53-member team, pointing to its diversity and hailing the treatment received at their training camp in Tottori, Japan.

"The team is not necessarily the strongest we have had, but it's pretty strong all around, and not only for sprinting, but also in the field events and in the middle-distance events. Everyone's attitude is great, and that makes a huge difference in performance as well," said Powell.

He added: "The people in Tottori have gone all out to ensure that we are happy, and they really seem to love Jamaicans here."