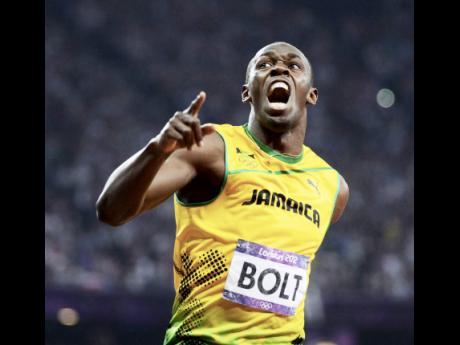 Usain Bolt's coach, Glen Mills, has backed the superstar to come good at this month's World Championships in Beijing.

The 28-year-old Bolt will enter the August 22-30 showpiece at the Bird's Nest Stadium with question marks over his form, after a series of lacklustre performances in recent months.

However, Mills said while Bolt had suffered several injury setbacks recently which had affected his preparation, he was the type of athlete who was always highly motivated for the major championships.

"The last two years have been very challenging for both Usain and myself," Mills was quoted as saying.

"Unfortunately, he has had a number of different injuries to overcome which have affected his training and the number of competitions he has been able to compete in.

"But Bolt is a champion who knows nothing but excellence when performing on the world stage."

Bolt enters the World Championships as the defending champion in both the 100 and 200 metres following his conquests in Moscow two years ago, but with a serious challenge expected from resurgent American Justin Gatlin.

This year, Gatlin has produced the better form, posting world-leading times of 9.74 seconds in the 100 metres in Doha back in May and 19.57 seconds in the 200 metres at the US Trials in Oregon the following month.

Bolt's 100 metres best this year has been a 9.87 clocking under pressure in London last month.

The injury issues last year and early this season have been a major problem, but Mills said a few changes to his training regime had proven productive.

"We have been making a number of changes on the way he trains and have been getting results," said Mills. "However, I would have wanted him to have had more races."

Bolt is the finest sprinter in the history of the sport. He captured the sprint double at the Beijing Olympics in 2008 and successfully defended the titles at the following Olympiad in London three years ago.

He also did the double at the Berlin World Championships in 2009 and only a false start in the 100m at the 2011 edition in Daegu prevented him from completing yet another double.