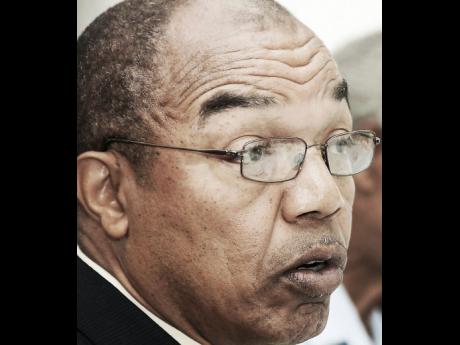 President of the Jamaica Athletics Administrative Association (JAAA), Dr Warren Blake, seemed less than pleased with some high-profile late arrivals to the team's training camp in Tottori, Japan, ahead of the IAAF World Championships.

In spite of this, he is looking forward to a fruitful return to Beijing, China, where the championships will unfold this weekend.

Several top-name athletes such as Shelly-Ann Fraser-Pryce and other members of MVP did not arrive until late last week, citing documentation issues. Usain Bolt, who was expected to join last Friday, was reportedly allowed to meet his teammates in Beijing instead. The entire team expected to be in the city today.

This comes as JAAA continues to insist on the mandatory nature of the camp.

"Ideally, it would have been great if all the athletes, from all the training groups, saw it as their duty, their national duty, to come to the camps on time. In fact, most of the athletes did turn up at the camp, but others didn't come at the start, for various reasons, and some of these reasons I feel could have been avoided," Blake said, without pointing to specific situations.

"We still use the term 'mandatory' and we still insist that if they are going to be coming in late, for any reasons then we should be informed, and we should have discussions so that an amicable agreement can be reached, and not just ignore the camp totally," he added. "To just ignore the camp and our wishes, as an association, would create problems."

Blake suggested that the situations with Bolt and the MVP group's late arrivals were communicated to the management team.

Meanwhile, at the 2008 Olympic Games, which was also hosted in the Chinese city, Jamaica underlined its place as a giant in the track and field arena with an impressive 11-medal haul, which included six gold, three silver and two bronze-led by a virtuoso performance from Usain Bolt, who broke three world records and went on to become the face of the sport.

Blake, who arrived in Beijing after 8 p.m. on Monday (7 a.m., Monday, Jamaica time), along with JAAA general secretary, Garth Gayle, said he expects the Jamaicans to have similar success.

"Beijing is where our recent successes in track and field started," said Blake. "I know the foundations were laid long ago, but we really burst on to the world scene in a really strong way in 2008.

"So we have been looking forward to coming back to Beijing and we expect good results as we did in 2008," said Blake, who was also quick to point to the team's more diverse look this time around.

"One of the thrust of this administration has been to broaden the scope of participation in these events, and I am quite happy to see that, especially in the field events, where we have placed a great deal of effort, that we have had significant successes," he added.

The World Championships get underway on August 22 and ends August 30.