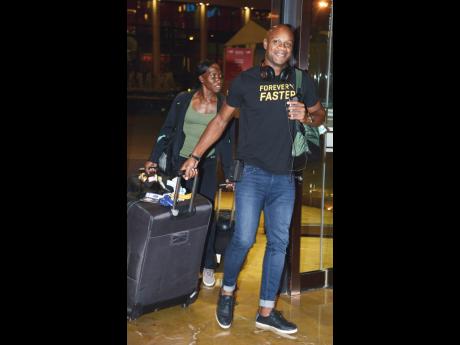 Ricardo Makyn
Asafa Powell at the Kuntai Hotel in Beijing. 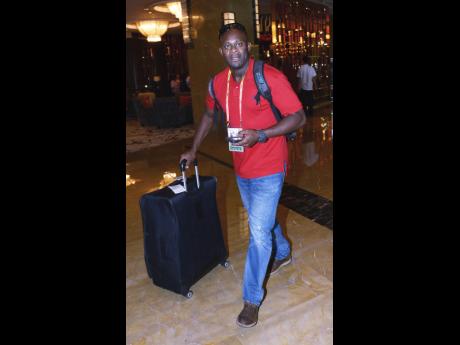 Ricardo Makyn
Donovan Powell, coach and brother of Asafa, at the Kuntai Hotel in Beijing.
1
2

Asafa Powell is in tremendous shape and is ready to contend for the gold medal.

That is the message from his brother and coach, Donovan Powell, as the two-time World 100m bronze medallist arrived in Beijing, China, yesterday ahead of this weekend's start of the IAAF World Championships in Athletics inside the Bird's Nest.

Donovan has been coaching his younger brother for over a year and has seen him post seven sub-10 seconds times this year, with a season best mark of 9.81 seconds, which makes him the second-fastest man behind American Justin Gatlin.

It's part of the reason behind a renewed sense of confidence around the former World 100m record holder and his handlers, with his coach believing that he's in shape to take the top spot.

"He is in tremendous shape now, his weight is down and we are looking forward to the competition, to getting him through the rounds without problems."

The coach went on to state that though he does not necessarily think he would need to do a personal best in order to win a medal here, he is confident that Asafa will lower his all-time best 9.72 this year and quite possibly here in Beijing.

"I've told him to just be confident, go out there and execute and run his own race," said Donovan. "We are looking for a PB this year, and I see where we can get that done here.

"He (Asafa) is just more confident now, and I think he is ready to go. He has a chance to win that gold, and if he does the right thing, then that can certainly make that happen," added Donovan.

"Furthermore, it's not like a bunch of guys are running fast, I think 9.8 can get him on the podium, but I'm looking for a PB, personally," he said.