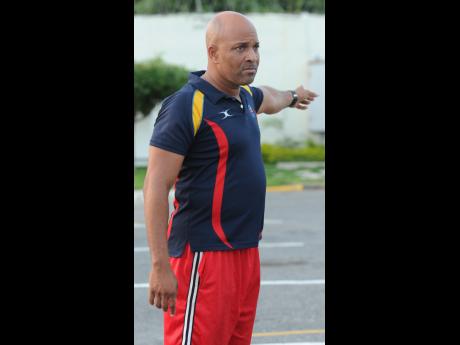 File
Campbell ... everybody should just hand in their resignations.

Veteran local coach, Sylvester Campbell, has called for sweeping changes to Jamaica's netball coaching staff, this after the Sunshine Girls' performance, which placed them fourth at the just concluded Netball World Cup in Sydney, Australia.

The Sunshine Girls failed to win a medal at the championships after they were comprehensively beaten 66-44 by England in the third-place play-off on Saturday.

The Jamaicans, who had high hopes of winning the gold medal, ended their campaign with consecutive losses, having gone down 67-76 to Australia in the semi-finals.

It was the second consecutive championships that the Sunshine Girls were losing to England in the bronze medal game.

Campbell told The Gleaner in an interview that the entire coaching staff should hand in their resignation now to the hierarchy of the sport's local governing body, Netball Jamaica (NJ). He says Netball Jamaica needs new personnel with fresh ideas to take the sport forward.

"I believe that everybody should just hand in their resignation or Netball Jamaica should ask these persons to resign," said Campbell, who has coached Tivoli Gardens to several local championship wins.

"This will allow Netball Jamaica open the process again where new people apply.

"We can't be doing the same things and expect to get different results," Campbell said.

The outspoken Campbell, also an international netball umpire, added that the Sunshine Girls' last two outings to the World championship have produced the same results and this cannot be allowed to continue, noting that a lot of money and resources had been pumped into this team and they failed to perform on the global stage.

"I think that this team was mentally weak," said Campbell. "The tactical moves that we made just didn't work out for us at the championships."

However, NJ's president, Marva Bernard, said her association will be doing an evaluation on the performance of the coaches at the championships.

"I have two months to wrap up and I have my report to do, so you will be hearing from me soon," said Bernard, following the team's arrival at the Norman Manley International Airport on Monday night.

"We wouldn't have made a decision as to what's next because the cycle ends now, a new cycle begins. The ladies will get some rest," she said. "The coaches and general manager will chart some courses for 2019."