Binnie aims to build on record success at CASA Championships 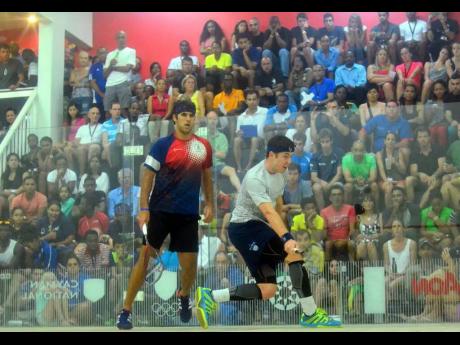 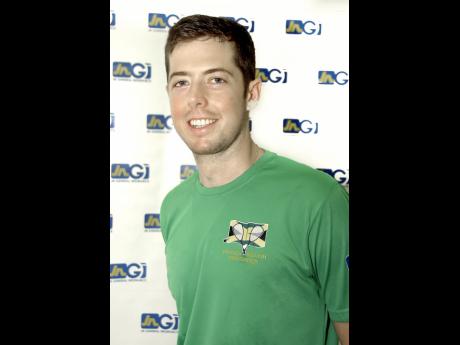 All-Jamaica champion Chris Binnie hopes to extend his stranglehold on the region after winning an unprecedented fifth consecutive title and record-breaking six at the Caribbean Area Squash Association Senior Championships in Cayman Islands on Tuesday night.

"When I won my first regional title in 2009, I never dreamed I would have six overall, much less win this tournament five times in a row, but now that I've done it, I just want to keep building on that success and we'll see how far I go," he said.

Binnie dug deep to fight off Caymanian Cameron Stafford in a tough finale. Buoyed by a boisterous home crowd, Stafford answered Binnie point for point until the score stood at two games-all and the match went to a fifth game-decider.

"It was a tough final because Cameron can hit several outright winners in a game," Binnie observed. "In the end, my strategy was to keep the ball out of his hitting zone, and I'm relieved that I managed to win."

Binnie's victory was the highlight of a solid performance by Jamaica, as the No. 2 seed, Lewis Walters, took bronze, and rising star Julian Morrison finished sixth.

The players now shift focus to the team segment of the tournament, where Jamaica are strong favourites to win the men's title.

"We are thrilled that Chris has retained his title and that we had a strong showing from Lewis and Julian and now it's on to the team competition," said team manager Douglas Beckford. "This is our strongest squad in recent years and we should be able to finish on top. Once again, we have to thank our supporters and our main sponsors, JN General Insurance."

The team competition started yesterday, with the Jamaica's men taking on regional kingpins Guyana and the women going up against Trinidad and Tobago.