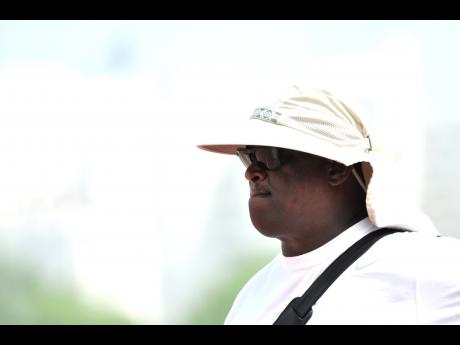 MVP Track Club boss Stephen Francis has again questioned the necessity of pre-championship training camps as he bashed the Jamaica Athletics Administrative Association (JAAA) for what he described as a poorly organised exercise in Tottori, Japan, ahead of this weekend's start of the IAAF World Championships in Beijing, China.

Francis, who said that athletes belonging to his club, among others, had missed up to two days of training due to poor planning by the JAAA, was also forced to delay the start of his session yesterday, as his athletes had not been accredited and also had several logistical issues in the morning.

The situation has left the outspoken coach in a bitter mood, as he expressed concerns around the disruption of his charges' preparation so close to the championships, which get under way this Saturday (Friday night Jamaica time) inside the Bird's Nest.

Asked about the readiness of several top names in his group, Francis replied: "Everything was ready before we got to Japan. Before that, it was great, but I don't know what will happen between then and now because they (MVP athletes) got here (Beijing) only last night (Tuesday night) at 9 p.m.," said Francis.

"I don't know how, I can't quite fathom what the arrangements were in Japan, or who it was for, but it couldn't have been for the athletes who were preparing to compete this weekend," he fumed, pointing to laboured travel arrangements and poor logistics planning around the team's arrival in Beijing.

"They missed a whole day due to travel and they are missing time now. They (JAAA) made arrangements where it took some athletes a day and half to get here from just across what was supposed to be a three-hour direct flight out of Japan," Francis said.

Several athletes had to wait for hours after arriving at the team hotel in Beijing, before they were assigned rooms by the management staff, headed by JAAA treasurer Ludlow Watts.

"These people obviously can't organise their way out of a garbage pan and they should leave it alone. Get some people who can do this properly, and I am sure there are people in Jamaica who can," said Francis.

"It is disastrous! I am sick and tired of letting the JAAA know that they are not experts. The people who they are receiving advice from know nothing about what is required at this level. Nobody has ever come to me - I don't know if they have gone to Mr (Glen) Mills, but I know no one has ever come to me and ask me the best way to get my athletes to prepare and perform well," said Francis, whose MVP camp has close to 20 members on the Jamaican team here.

"I say over and over again, you do not know what is best for the preparation of any athlete. The people who know are the coaches, and if you do not consult the coaches of the athletes on the team, then you are wasting time!

"I don't know if they (JAAA) are trying to (follow) the United States when it comes to camps and that sort of stuff, but the US camp is designed to allow the athletes to perform the best that they can; they have everything that they want," added Francis, who has had several well-documented disputes with the JAAA over training camps.

"These per diem camps that Jamaica organises is ridiculous, and I am most upset because the athletes were looking very good and then you had this disaster; flying up and down the place, missing two, three days of practice, for what reason, I don't know.

"There was no need to go to Japan, especially without even knowing how and when the people would get to China, and cause people to be missing days of practice just before the start of competition just so you can go to Japan," continued a clearly irate Francis.

"You have a youngster like (Omar) McLeod. What is he doing in camp without his coach? He is a medal prospect, he should be with his coach training, trying to win this thing, and it has been shown over and over again that the people who are in the camp without their coaches do not perform up to par. But there must be some other reason why we keep having these camps, which are vastly substandard," added Francis, who made it clear that his athletes will not be attending any future camps.

"I am now really worried about how my athletes will perform. I know that next time I am going to just ignore them (JAAA) because it gets worse and worse," Francis declared.

MVP athletes arrived in Tottori close to the end of the training camp after encountering visa issues in Italy, where they are based in the summer.