It’s now for me to do Jamaica proud – Gayle 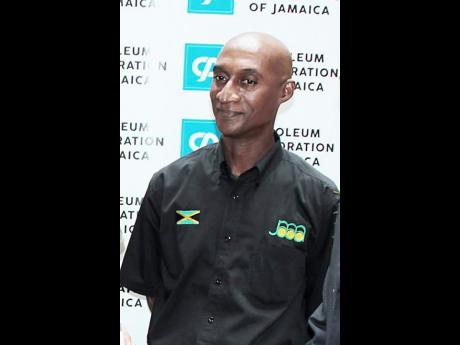 Jamaica Athletics Administrative Association (JAAA) general secretary, Garth Gayle, was elated with his election to the IAAF's Technical Committee during yesterday's Congress in Beijing and believes it bodes well for the country's influence and overall development in the sport.

Gayle, who was only recently elected to the council of the North America, Central America and Caribbean (NACAC) Association, pocketed 73 of 208 votes in the second round of voting to claim one of 12 available spots on the Technical Committee.

In doing so, Gayle became the first Jamaican since Neville 'Teddy' McCook, who passed away in 2013, to sit in the IAAF.

"I am elated and happy that the members of the IAAF family could find it fitting to give me their vote of confidence. It's now for me to do Jamaica proud, NACAC as well, and also the 216-member federations of the IAAF," said Gayle, who went on to highlight the duty of the Technical Committee.

"Track and field is a multiplicity of events and there are rules that govern these events. The Technical Committee provides support to the Council with regards to current, as well as new innovations for each event; how to make the competitors compete at his or her best, as well as to remove any impediment that will prevent them from achieving their true potential," said Gayle, who paid homage to McCook, Aris and former IAAF Regional Development Centre director, Lenford Levy, who also died last year.

"I have learnt a lot from the late Teddy McCook, Howard Aris and Lenford Levy, who are persons whom I have worked with and it has paid dividends today. I am proud I have been able to do this in their honour and their good memory," Gayle added. "This is my fifth congress, so I have been able to move around the corridors, make friends as well as also become known in the region, and I believe all of that paid dividends this morning."

Gayle is confident that the country, as well as the region by extension, stands to benefit from his addition to the committee.

"We are now on the cutting edge of the latest rules and innovations, I will be able to be a part of those discussions. It allows me to interact with all the various countries on different theories and technologies to make that available to Jamaica and the Caribbean and to play my part in the development of the sport that I love," said Gayle.

"We're there as a committee to enhance the performance of each athlete, the technical committee is there to work with all the different elements, broadcasters, sponsors, spectators - all that goes into making the production of track and field the spectacle that it is," he added.