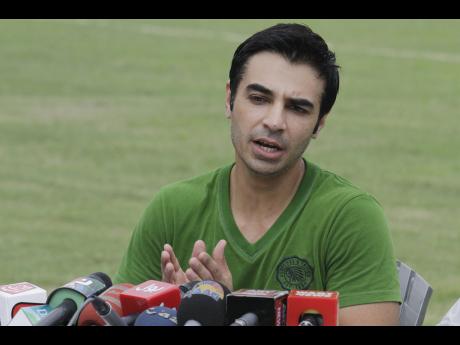 Former Pakistan cricket captain Salman Butt hopes to play for his country again after the ICC lifted sanctions on him for his involvement in an infamous 2010 spot-fixing scandal.

Butt was the captain when fast bowlers Mohammad Asif and Mohammad Amir delivered deliberate no-balls on behest of a bookmaker during the Lord's Test against England.

The trio was suspended for a minimum five years by an ICC anti-corruption tribunal and they even spent time in prison in England for cheating in an international match.

The ICC said all three cricketers are eligible to play in both domestic and international cricket after their five-year ban ends on September 1.

"I pray to God that nobody should go through such a phase in his life," Butt told reporters in his hometown in Lahore on Thursday. "My request to children is that instead of committing a mistake, they should learn from our mistake and be a good human being and a good cricketer."

Amir pleaded guilty and was allowed to compete in domestic cricket earlier this year.

However, Butt and Asif both fought their cases before eventually losing their appeals in the Court of Arbitration for Sport in Switzerland.

But both cricketers eventually acknowledged their involvement in spot-fixing and even appeared before the ICC anti-corruption unit before sanctions were lifted.

Butt and Asif have to undergo PCB's rehabilitation programme, after which both cricketers could compete in domestic cricket.

"I have already given my availability to the PCB and whatever the requirement of the tribunal is, I am here to fulfil it," Butt said.

Amir and Asif were regarded as Pakistan's spearheads in all the three formats before they were suspended, while Butt was a prolific batsman. Butt hoped he won't be taking much time in returning to his previous best.

"Over the last five years I have practised and trained regularly," he said. "It's true that if you don't play competitive cricket for some time you get rusty but with few matches it will be fine."