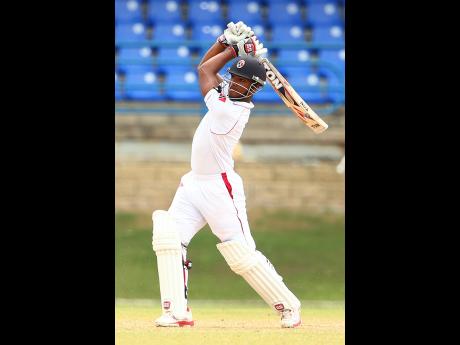 "The worst of the injury is over since I took out the screws from my knees two weeks ago and some stitches out today."

Pooran says that dealing with the injury which affected his playing career has been difficult.

"It has been very tough because I wanted to play cricket," he said.

"I thought I had a good chance of playing in the CPL, but physio (Oba Gulston) told me it would have been too much of a risk."

Pooran's talent turned heads during the inaugural edition of the Caribbean Premier League (CPL) in 2013 when he struck 54 off 24 balls for the TT Red Steel against the Guyana Amazon Warriors.

His 143 not out for young West Indies against Australia in the 2014 Under-19 World Cup was another indication of his immense ability.

Pooran plans to participate in the trials in a bid to return to the Red Force squad for the 2015/16 WICB Professional Cricket League (PCL) season which begins November 6.

"I am not contracted for the PCL, so right now I hoping to get back on the field by mid-September to get involved in some of the national team trial matches in order to make the team," explained Pooran.