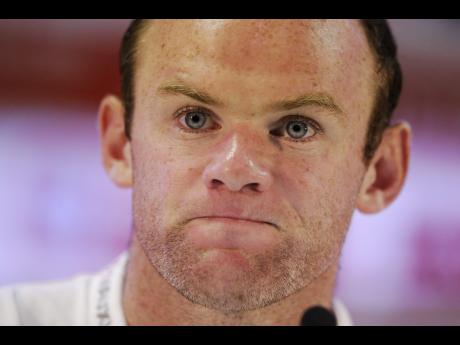 Manchester United have only played three games this season and Wayne Rooney's inability to score is already under scrutiny.

That's three games without even a shot on target for the striker.

"I've experienced this before and the goals will come, I know that," Rooney said. "I've had one bad game this season and everyone's all over it. I know I've had that throughout my career, but hopefully, at the weekend I can get off the mark."

When United host Newcastle tomorrow, Rooney will be searching for his first competitive goal for United since April 4, making it a nine-game drought going back into last season.

"I understand I have to be the one who's going to lead that line for us and try and score the goals for us," the centre forward said. "My mind's clear. I know how to play the role. It's just a case of getting the chances and taking them."

Fortunately for Rooney - following the departure of fellow forwards Robin van Persie and Radamel Falcao in the offseason - others have chipped in with goals.

New winger Memphis Depay contributed two in the 3-1 win over Bruges in the first leg of their Champions League playoff on Tuesday. Adnan Januzaj scored the only goal in the win over Aston Villa last week and an own goal gifted United an opening day victory over Tottenham in the Premier League.

Rooney is only 19 goals from matching Bobby Charlton's club scoring record of 249.

"I know when I don't play well and against Aston Villa I was below my standards," the 29-year-old United captain said.

Chelsea signed forward Pedro Rodriguez from Barcelona ahead of Sunday's trip to West Bromwich, providing a boost following a chaotic start to the season defined by setbacks on the field and the team doctor being demoted.

Chelsea have opened their title defence by collecting one point from two games, including a loss at Manchester City, and were beaten in the Community Shield by Arsenal.

West Brom have similarly only collected a point and lost 3-0 to Man City. Ominously for Mourinho, two of the previous three Chelsea managers have lost their jobs within days of a loss at West Brom: Andre Villas-Boas in March 2012 and Roberto Di Matteo eight months later.

Four teams have won two out of two: Manchester rivals City and United, Liverpool and Leicester - the same Leicester which required a late surge to avoid relegation in May.

There's a long way to go but new manager Claudio Ranieri is defying gloomy forecasts about his capabilities more than a decade after his last job in England at Chelsea.

Leicester host a Tottenham side which has drawn one and lost one so far. Striker Harry Kane, who spent time on loan at Leicester in 2013 before becoming the scoring revelation of last season at Spurs, has failed to net this campaign.