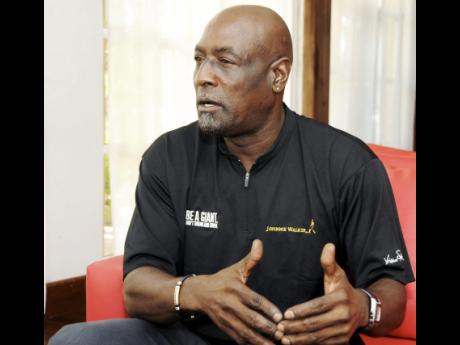 Richards, considered one of the greatest batsmen of all time, also says batsmen's failure to adjust their style from Twenty20 cricket to Test has also been a contributing factor.

The Ashes series in England has been identified as a prime example with all four Tests finishing inside four days, the last two inside three.

The Australians have been shot out for scores of 60 and 136 while the Englishmen too have been dismissed for 103.

"You can point your finger at both (good bowling and poor batting). You have T20 and that also plays a part in some of the shots batsmen play. You see guys playing the same shots in T20s and Tests and are sometimes lucky to get away with it," Richards told Sport360.

"Guys are playing a lot of limited overs cricket and not making that adjustment when it comes to the longer version and pay a price for that".

So far this year, eight totals below 150 have been recorded in 23 Tests.

While 17 matches this year have produced results, Richards argues that poor batting has played its part in determining those results.

"If you take the West Indies or recently Australia, some matches have been short. Techniques have played a part in some of the shots played, making the same mistakes over and over again," Richards pointed out.

"At some point, individuals have to play according to the situation. Recently in Birmingham, the ball was swinging in the air, moving around. For some reason, we see batsmen not having the same technique to cope."