Bolt the best of them all 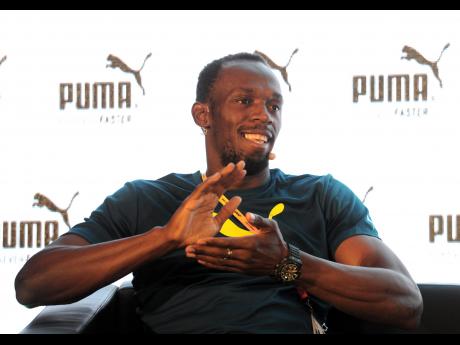 Ricardo Makyn
Usain Bolt at a press conference in Beijing on Thursday.

Had the World Championships started in 1973 and not 1983, Jamaica would have a bigger footprint in the men's 200 metres. As things stand, our medal tally in the event began in 2001 and now stands at three gold and three silver medals. It goes without saying that all three of those gold medals were won by the incomparable Usain Bolt.

In 2001, Chris Williams out-leaned Kim Collins, Shawn Crawford and Christian Malcolm to edge into second place behind Greek sprinter Konstantinos Keteris. That opened the Jamaican account. Bolt finished eighth in the 2005 final, behind a 1-2-3-4 USA sweep led by Justin Gatlin, returned for a silver behind Tyson Gay in 2007, before running into history in the next three World Championships.

Before Bolt, American Calvin Smith was the only repeat champion in the meet's history after his memorable triumphs in 1983 and 1987. In Beijing, during the 2015 World Championships, Bolt will race for his fourth win in a row. Add his repeat Olympic wins and his world records, and it's hard to avoid the conclusion that Bolt is the best 200 metre sprinter ever.

Had the World Championships started in 1973, Donald Quarrie would almost certainly have preceded Williams, Bolt and Weir as a medal winner. DQ was the best sprinter of the 1970s with world records, Olympic, Commonwealth and Pan-Am titles to prove it. As things stand, he only went to one World Championship as an active athlete and that was in 1983.

- Hubert Lawrence has scrutinised track and field since 1980.