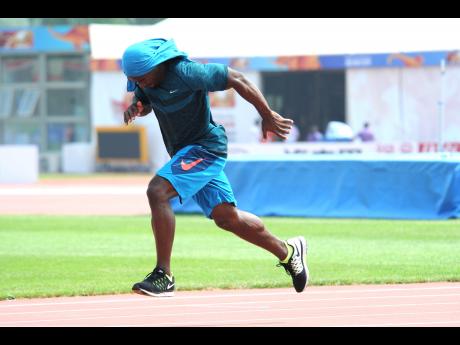 Ricardo Makyn
Nesta Carter on the warm-up track on Wednesday. 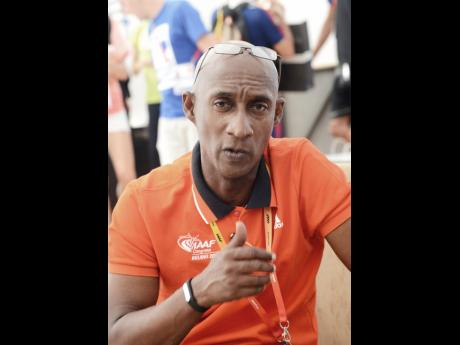 It has been confirmed that Jamaica will only be allowed to enter three sprinters in the men's 100m after Nesta Carter's submission as a replacement for the injured Kemar Bailey-Cole was rejected by the IAAF technical delegate at the IAAF World Championships.

It's a decision that has left members of Jamaica's management team scraping for answers after what was expected to be a straight-forward adjustment failed to materialise.

The Jamaicans had hoped that Carter, who finished fourth at the Jamaica Athletics Administrative Association (JAAA/Supreme Ventures Limited National Senior Championships, would be allowed to join wild-card entrant Usain Bolt, Asafa Powell and Nickel Ashmeade in the men's 100m after Bailey-Cole suffered a hamstring injury during a pre-championships camp in Tottori, Japan.

However, JAAA general secretary and newly elected member of the IAAF's Technical Committee, Garth Gayle, told Jamaican journalists that the IAAF would not allow Carter to be substituted into the field, noting at the time that no clear reasons were given for their decision.

"Jamaica has exercised its franchise as any of the 216 federation. We entered in the 100m the three individual competitors plus the wild card making it four," Gayle said.

"We were seeking to make a substitution, not an addition, from our roster for an injured athlete and this is done within the guidelines of the competition," added Gayle. "The IAAF has denied Jamaica its right for a substitution according to the IAAF rules and I find that difficult to accept and I have been vigorously seeking an answer.

"The response has not been pleasing and is not within the spirit of the competition, where a country is now being denied one of their legitimate entries when we are seeking simply a substitution," said Gayle.

"All I was told is that the technical delegate has ruled on the matter and that is unacceptable, and in this day and age, we cannot understand why it is that a proper answer cannot be given," Gayle said.

Gayle would later state: "The news isn't positive," when an update was sought on Carter's situation.

Team manager Ludlow Watts said he was surprised and confused by the decision, given that the rules allow for adjustments to be made before 24 hours of the competition. He also noted that all efforts were being made up to late yesterday to get answers from the IAAF.

The Gleaner has not been able to confirm whether Carter's entry was submitted within the specified time frame or if there were any other issues with his entry.

At the 2011 World Championships in Daegu, South Korea, Carter was allowed to be added to the team after Asafa Powell was forced to withdraw due to injury.