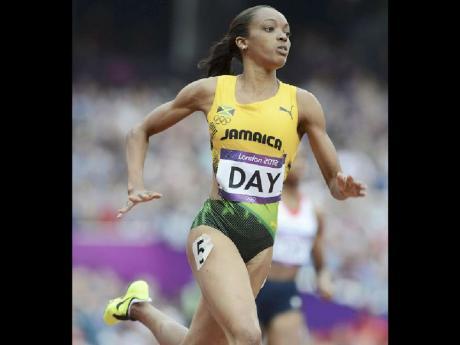 Day, who celebrates her 29th birthday today, will run in lane four of heat three.

Jamaica’s foursome of Novlene Williams-Mills, Stephenie McPherson, Christine Day and Shericka Jackson will bow into action at 9:45 p.m. for the heats of the women’s 400m.

Day, who celebrates her 29th birthday today, will be first up in lane four of heat three.

The national champion in June of this year equalled her lifetime personal best of 50.16.

McPherson will line up in heat four where she will run out of lane five.

The 2014 Commonwealth Games champion has not so far hit the heights of last year with her season best standing at 50.40.

Jackson, who like Day and McPherson is coached by Stephen Francis, goes in heat five and will run out of lane five. \ The 21-year-old has been steadily improving producing three personal best en route to second place at the national senior trials in June, but has since lowered her PB in the one lap event to 50.31.

The veteran Williams-Mills will make her appearance in the sixth and final heat running out of lane three.

The 33-year-old, has been having a below-par season, which saw her recording a season best of 51.11.

The time marks her slowest season best since 2003.

The 2007 World Championships bronze medallist will have for company in her heat, medal favorite, Shaunae Miller of The Bahamas.