AUDIO: I was hungry for this one, says Fraser-Pryce 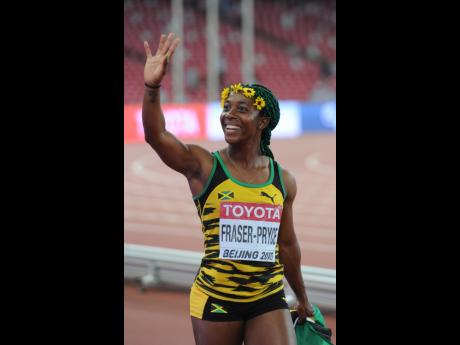 Jamaican Shelly-Ann Fraser Pryce says she was even more hungry for the 100m gold medal in Beijing which has made her the first woman to hold the Championship title three times.

Called the 'Pocket Rocket', Fraser-Pryce bulleted from the blocks and remained ahead of the field to finish in 10.76 seconds.

The athlete, who hails from the inner city community of Waterhouse, Kingston said she hopes her exploits will be an example to others. Shelly-Ann Fraser-Pryce speaking with The Gleaner's Andre Lowe and other reporters.

"I am from a place where persons attach stigmas, but to be able to rise above that and become one of the top females in the world is an honour," said Fraser-Pryce

The silver medal was won by Dafne Schippers of the Netherlands in a new national record of 10.81 with America’s Tori Bowie taking the bronze in 10.86.

The 28-year-old will now turn her attention to the women’s 4X100m after her coach, Stephen Francis, decided she would not defend her 200m title.

"I have trusted my coach year after year and I just trust him this time to just do the 100m and finally I will sit in and watch the 200m," Fraser-Pryce said.