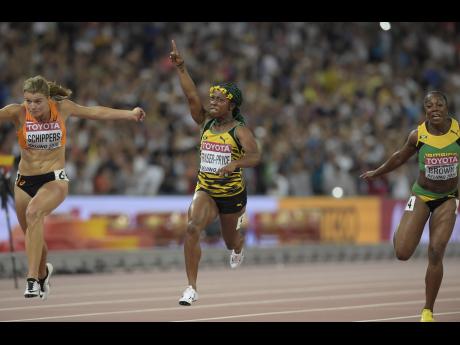 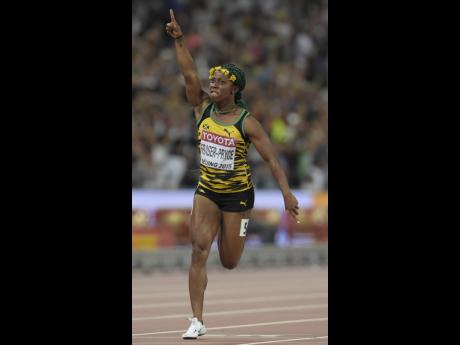 Shelly-Ann Fraser-Pryce took a mere 10.76  seconds to write her name in the history books again, as she left her closest competitor a braid's length behind to win an unprecedented third IAAF World Championships 100m title.

The silver medal was won by Dafne Schippers of The Netherlands in 10.81 with America’s Tori Bowie taking the bronze in 10.86.

Campbell-Brown, despite not medalling said she was "grateful and thankful" for the result.

Morrison said she was happy by her performance.

"I'm proud of my efforts and I'm encouraged to work harder going forward," she said.

Usain Bolt won gold in the men’s equivalent on the second day in 9.79 and O'Dayne Richards bronze in the men’s shot put.