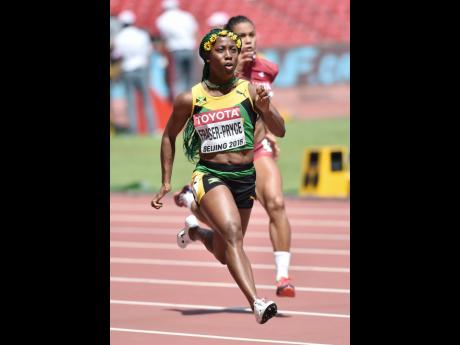 The defending world champion will seek to add to her titles from 2009 and 2013 when the final gets underway at 8:35 a.m.

Second place went to Nigeria’s Blessing Okagbare in a time of 10.89.

Jamaica’s other representative in the race, Sherone Simpson, finished fourth in 11.06 and failed to progress.

However, veteran Veronica Campbell-Brown recorded a season best 10.89 to secure her spot in the final after finishing second in semi-final three.

Dafne Schippers of The Netherlands produced a national record of 10.83 for the win.

The other Jamaican to make it through to the finals is Natasha Morrison who produced a lifetime best of 10.96 for to place third in her semi-final heat and advance as one of the fastest losers.

Morrison finished behind medal contenders Tori Bowie of the USA (10.87) and Trinidad and Tobago’s Kelly-Ann Baptiste (10.90).