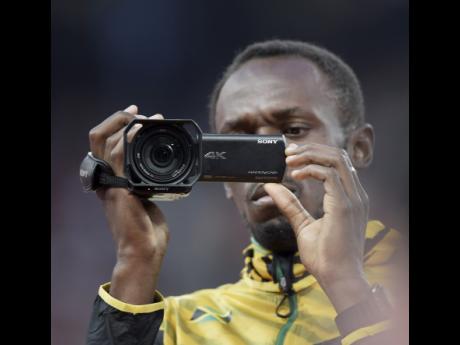 A day after watching his athlete cross the line ahead of the pack, again confirming his position as the greatest sprinter, manager Ricky Simms has lauded the work put in over the past few months by Usain Bolt and his team, as he labelled the Jamaican superstar as the ultimate champion.

Speaking to The Gleaner, Simms said that the athlete had been working around the clock to get himself in the best shape possible ahead of the World Championships, while also noting the efforts of coach Glen Mills, executive manager and best friend Nugent Walker (NJ), and physio Emerald Edwards to get him in top condition before the start of the championships.

Bolt, who struggled for form early in the season while American Justin Gatlin was dominating the sport, arrived in Beijing with a cloud of doubt hanging over his head and questions about whether or not he would be able to stop the in-form American and win his ninth gold medal at the World Championships.

He, however, showed his authority, beating Gatlin to the line in the 100 metres final on Sunday, stopping the clock at 9.79 seconds, with the American taking second in 9.80 ahead of the 20-year-old pair of Trayvon Bromell (USA) and Canadian Andre De Grasse, who shared the bronze medal.

It was another demonstration of Bolt's ability to face his challenges with conviction and deliver when the stakes are highest.

"Usain is Usain. He's the ultimate champion. He shows up for the big ones, and he's been working extremely hard for this," shared Simms. "We've all been working very hard over the last month or so - myself, NJ, the coach himself and Eddie, his physio - to try to get him right."

Bolt showed glimpses that he was rediscovering his range when he twice clocked 9.87 in terrible conditions and within one hour at the Sainsbury's London Anniversary Games, after reports began to seep through that he was almost back to his old self in training.

The world, however, wanted to see it on the track, and though it wasn't vintage Bolt in Sunday night's massive win, it's the Bolt that was needed - the one that thrives on competition, as Simms explained.

"He was doing well in training, and like he said in London, we all knew that if he executed the race well, he was going to run fast. He improved since London, so we knew he could go faster if he needed to. However, he was race-rusty," Simms said. "Obviously, the semi-final didn't go to plan, but it was better he did it in the semi and not the final. But what can you say? He rises for the big challenge.

"I think he's just a supreme competitor. He loves running against strong guys. He took it down a little bit last year, and the media went a little crazy about him being injured and this and that. This year, he didn't have an injury. It was more of a tightness - like driving your car with the handbrake up - so he was fit right through the year," said Simms, who also manages other high-profile athletes such as British distance star Mo Farah.

"All the other guys were running very well. Justin (Gatlin) was running well, and that made it more interesting for the public, and I'm glad he got it done," said Simms.

Bolt will now focus on defending his 200m title; and will also compete in the 4x100m at these championships.