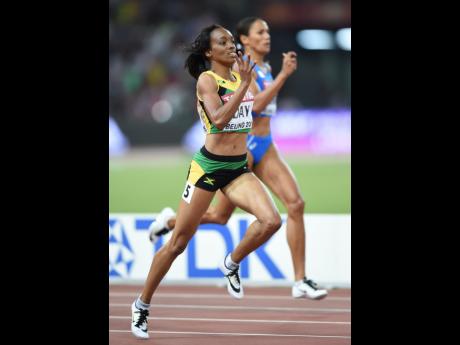 Ricardo Makyn
Christine Day ... I’m happy because my first objective was met and that was to make the final. 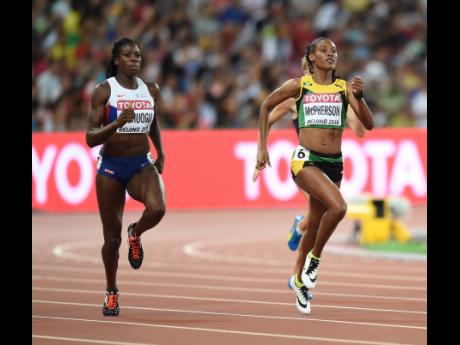 All four of Jamaica’s women have progressed to the final of the 400m set for Thursday at 7:40 a.m.

National champion, Christine Day, booked her spot after finishing second in her semi-final heat with a time of 50.82 behind Shaunae Miller of The Bahamas, who won in an impressive 50.12.

"I’m happy because my first objective was met and that was to make the final," Day said.

"It was important for me after the success at the Commonwealth Games last year." Stephenie McPherson was also second in her race with a season best of 50.32.

The race was won by Britain’s Christine Ohuruogu in a season 50.16, as she seeks a historic third World Championships 400m gold medal.

Shericka Jackson also took second in her semi-final heat with a personal best of 50.03 - the fastest time of the Jamaican finalists.

"I'm a bit surprised by the time but I know I have a lot more in me. I was just focused on getting out well," Jackson said.

Veteran Novlene Williams-Mills progressed as one of the fastest losers after finishing third in a season best 50.47.

The race was won by America’s Allyson Felix in a season best 49.89 to be the fastest overall qualifier for the final.