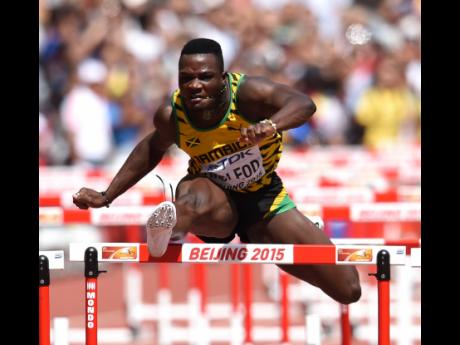 Ricardo Makyn
National champion , Omar McLeod, who placed second in his heat, ran a time of 13.43 seconds to finish behind Barbados’ Shane Brathwaite. 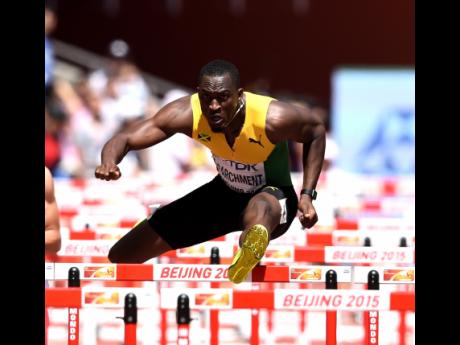 Ricardo Makyn
Hansle Parchment ... qualified for the semi-finals after winning his heat in 13.34 seconds. 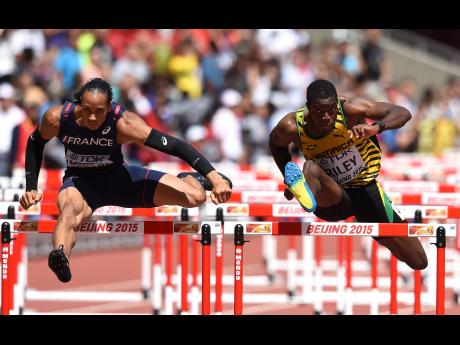 Ricardo Makyn
Andrew Riley, booked his spot in the semi-final after finishing second in 13.43 behind France’s Pascal Martinot-Lagarde.
1
2
3

All three Jamaicans, who lined up in the IAAF World Championships 110m hurdles heats have qualified for the semi-final.

Olympic bronze medallist, Hansle Parchment, qualified for the semi-finals after winning his heat in 13.34.

National champion , Omar McLeod, who placed second in his heat ran a time of 13.43 to finish behind  Barbados’ Shane Brathwaite.

McLeod’s race was affected by Trinidad and Tobago’s Mikel Thomas who crashed into the hurdles beside him.

"The guy beside me hit my arm and it threw me off but I think I did well to regain my composure," he said.

"I'm a tough competitor. It was a great experience competing here and I really just wanted to get the first one out of the way," he added.

However, the Jamaican recovered fast enough to  finish among the qualifiers.

In the next heat, Andrew Riley, booked his spot in the semi-final after finishing second in 13.43 seconds behind France’s Pascal Martinot-Lagarde.

Riley’s race which  was laced with drama had two incidents of disqualification because of false starts.

"The false start incident really affected my start but I'm happy to have qualified for the next round," Riley told The Gleaner's Andre Lowe in Beijing.

American, Ronnie Ash, held up the race after refusing to leave the track following his disqualification which resulted in a lengthy delay to the start of the race.