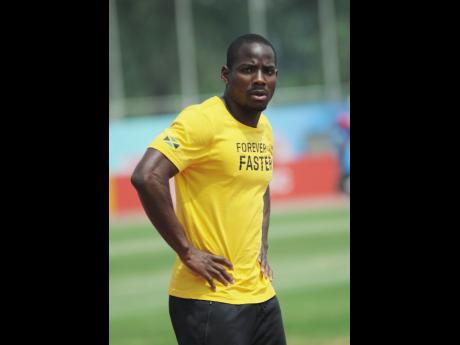 Jamaican quarter-miler, Rusheen McDonald, admitted that his 43.93 national record run in the heats a day earlier may have contributed to his poor showing in the 400m semi-final round, as he failed to advance to the final at the IAAF World Championships in Beijing, China.

McDonald posted his fifth sub-45 seconds time this year, 44.86, but still only managed a sixth place finish in his semi-final, a day after smashing Jamaica's national record with a brilliant 43.93 seconds run in his heat.

The result meant that the MVP Track Club athlete would not realise his ambitions of becoming the first Jamaican to qualify for a men's 400m final at the World Championships or Olympics since Jermaine Gonzales finished fourth at the IAAF World Championships in Daegu in 2011.

The semi-final was won by Isaac Makwala, who clocked 44.11, with Yousef Masrahi, 44.40 and Rabah Yousif, 44.54, finishing second and third, respectively.

No other Jamaican qualified, with Peter Matthews finishing eighth in his heat in 45.42, while Javon Francis was fourth in 44.77.

It was a result that left McDonald extremely disappointed and puzzled.

"I have to go back home and really train hard and think about this semi-final. Jamaica hasn't had a good quarter-miler in the final for a few years, so I have to go and work on that," said McDonald.

"The plan was to get to the first 300m, but I just couldn't get there. I'm not sure what's wrong with my body, I tried to push it," added McDonald. "It was a poor race for me. There was no energy.

"It looks like it (national record) took a lot out of me, especially with the time we had to recover," he said. "The race could have been better, but I don't know what I did wrong in the race. I just felt tired.

"It was a good competition. Everyone came to do their best, but I'm not pleased with my time. It was a poor performance," said McDonald.

The youngster will now turn his attention to the 4x400m relays, which starts on Saturday.