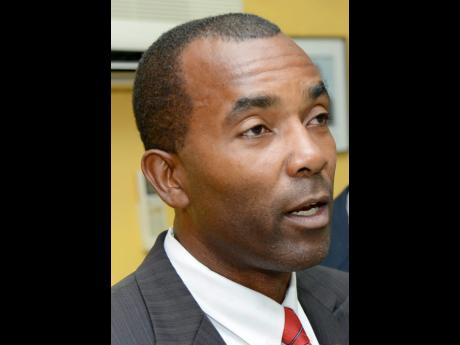 Jamaica Volleyball Association (JAVA) president Rudolph Speid said although not much is known about the other competing teams, the Under-17s who will represent in the fifth Carzova Caribbean Youth is the best-ever-prepared-national youth team, and he expects a good performance.

The championship takes place at G.C. Foster College from today through to Sunday. The other competing nations include Haiti, Barbados and Trinidad and Tobago.

"The preparation has been fairly good. It is the best-prepared youth team we have ever had, based on the period of preparation. We picked the team over four months now, after we went across the island and picked the best players," Speid noted.

"We have been preparing at G.C. Foster for about three months, and we have organised a camp at G.C. Foster for the last three weeks, so they are there every day. We have had weekend camps about six weeks before that, so we have prepared the team as best as we could, and it's the best-prepared volleyball team we've ever had," he commented.

He also reasoned that based on history, they expect a good challenge from Trinidad and Tobago.

"We are not sure what the competition is like. Usually, in youth tournaments, you don't really know the ability of the other teams. Trinidad and Tobago has very good youth teams, but we are not sure about Haiti and Barbados' quality. But we are hoping that what we have done is enough," he continued.

Victory for the Jamaicans at this tournament would advance them to the NORCECA Championships. However, the world tournament is Speid's real aim.

"It would mean a lot to Jamaica (to make world championship) because we are trying to popularise the sport. We want more kids to understand that volleyball is a sport that can make you travel the world, get scholarships and earn a living," he stated.

He also promises smooth running of the championships.

"The organisation of the tournament has gone smooth as silk. Jackie Cowan is probably the best person at organising tournaments, and she is our tournament director, and we expect a smooth running through the tournament," he added.

Trinidad and Tobago face Haiti in the opening game at 3 p.m., while Jamaica take on Barbados in the second game at 5 p.m.