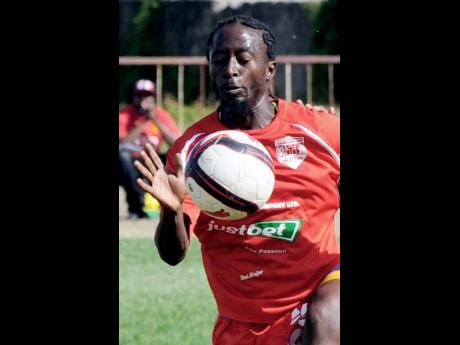 Both teams had contrasting victories going into the final. Petrojam defeated Scotiabank 3-1, while Carib Cement clipped first-time entrants Peak Bottling 2-1 in extra time, after coming from a goal down. Petrojam are going for their fifth title and their fourth straight knockout title since 2012.

Both teams will be parading a number of Premier League players and Petrojam will start as favourites. The Dwayne Blake-coached Carib Cement will have in their line-up Jerry Walters, Mark Bryan, Ricardo Scott, Jermaine Freckelton, Keno Ross, Elton Thompson and Ewan Murphy.

The world's governing body for football, FIFA, has rejected an appeal by the Guyana Football Association (GFF) after its Disciplinary Committee turned down a protest by the GFF that St Vincent and the Grenadines used an ineligible player during a World Cup qualification match in June.

FIFA has cited its decision on technical and procedural grounds for denying the appeal from the GFF, which was unhappy with the initial ruling that no further action would be taken against the St Vincent and the Grenadines Football Federation (SVGFF).

FIFA has also reiterated that Guyana was not "a party to the relevant proceedings before the FIFA Disciplinary Committee and would, therefore, not be eligible to appeal".

The GFF is questioning the eligibility of British-born Gavin James and whether he was in possession of a St Vincent and the Grenadines passport during the qualification games.

St Vincent and the Grenadines advanced on away goals after a 2-2 draw in Arnos Vale followed by a 4-4 tie in Georgetown.

Much interest in T&T's Jones

A number of clubs are reported to be bidding for the services of Trinidad and Tobago international, Kenwyne Jones, whose contract with Cardiff City comes to an end at the end of the season.

Jones, 30, has been linked with Championship rivals Sheffield Wednesday and two of Israel's top clubs. Sections of the US media have also reported that the Trinidad and Tobago captain was also in talks with two MLS clubs. But fellow Cardiff City player, defender Fabio da Silva, has cautioned against selling Jones during the transfer window.

"We have to keep our good players, and he is one of them. We have to keep them to fight for promotion," said Fabio. "He's good in the air, he's good on the ball, and he can finish, so he's a quality striker."

Cardiff City bosses have insisted that no firm bid had been made for Jones and that he would not be allowed to leave cheaply.