Usain Bolt OK after camerman crashes into him, no doubt for 4X100m 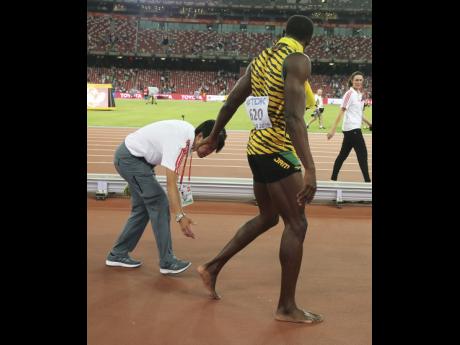 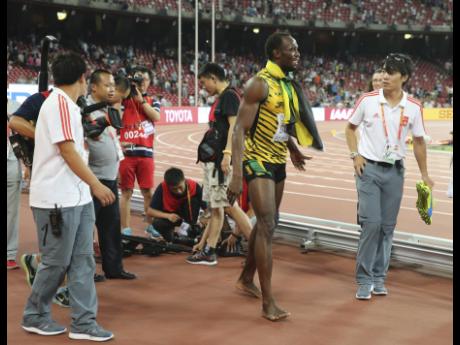 AP
Jamaica's Usain Bolt walks away after being hit by a videographer on a Segway as he celebrated winning the men’s 200m final at the World Athletics Championships at the Bird's Nest stadium in Beijing. 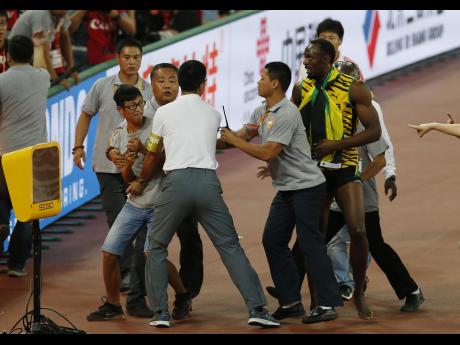 AP
A fan is pushed away as Jamaica's Usain Bolt celebrates after winning the gold medal in the men's 200m final at the World Athletics Championships at the Bird's Nest stadium in Beijing, Thursday.
1
2
3

Sprint legend Usain Bolt says he is OK after a cameraman crashed into him while celebrating is 200m gold-medal win.

Bolt was acknowledging the support from the fans in the Beijing stands when the the wheel of the segway on which the cameraman was travelling rode over a rail and caused him to lose control of the motorised equipment.

He then crashed into Bolt's calves, sweeping the athlete from his feet.

Bolt later told The Gleaner's Andre Lowe that he was OK.

"He hit me in my calf area, so it's alright. I'll get over it. I'm just going to get it iced and massaged and I'll be alright," said Bolt seeking to assure that the hit will not affect him for the men's 4X100m relays.

There was another incident after Bolt's exploits.

A spectator jumped the wall trying to get a selfie with the Jamaican super star and had to be removed by security.

"(There are) some crazy fans, I guess they love me that much," Bolt quipped.