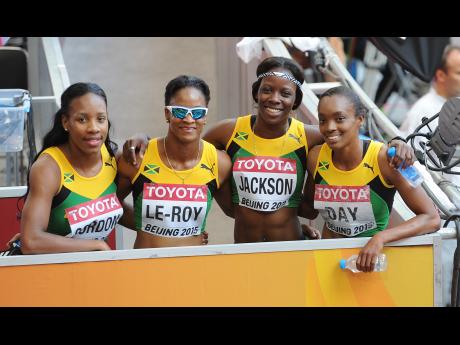 Jamaica's mile relay teams have advanced to the final of the IAAF World Championship.

Veteran, Novlene Williams-Mills is expected to  replace Gordon  in the team for the final set for Sunday at 7:05 a.m.

In the men's event, Peter Matthews, Ricardo Chambers, Dane Hyatt, and Javon Francis finished third  in their heat in a season best 2.58.67.

The Jamaican men were in  second place for most  of the final  leg but Francis was pipped on the line by Trinidad and Tobago’s anchor, Lalonde Gordon.

He then crashed to the ground writhing in pain.

New national record holder, Rusheen McDonald is expected to  come in for the final which  takes place Sunday at 7:25 a.m.