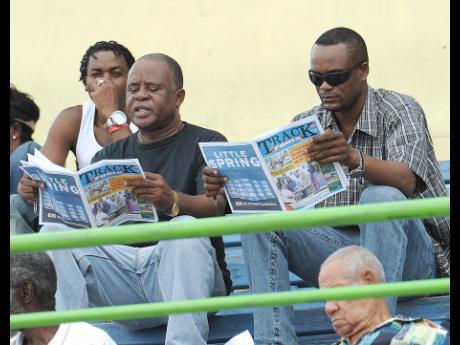 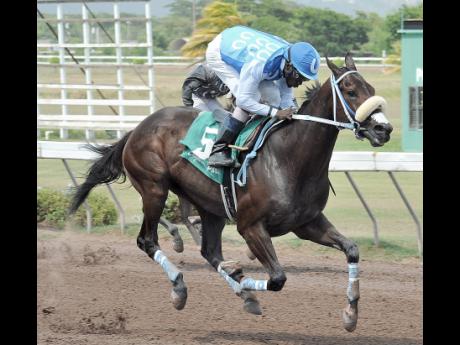 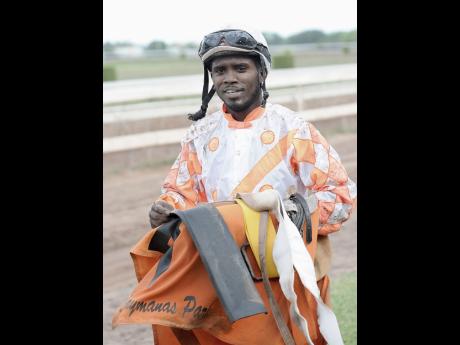 Ian Allen
Jockey Robert Halledeen walks to the scale after winning aboard DARLIN in the sixth race at Caymanas Park on Wednesday.
1
2
3

With many punters finishing among the winners on Wednesday, the Pick-9 and Super-6s start anew at Caymanas Park tomorrow with guaranteed minimums of $1 million and $750,000, respectively.

We look at the first Super-6, which commences with a $450,000-$400,000 claiming race over 1100 metres to be contested by seven starters, including down-in-class FORCE DE JOUR under leading jockey Shane Ellis, the consistent COUNTRY TRAIN, and recent winner SHADE OF BEAUTY.

All three have won races in recent months, but in so far as class is concerned, victory should go to the Anthony Nunes-trained FORCE DE JOUR, who finished second to CLASSY PROSPECT over 1300 metres on a $550,000 claiming tag in the recent Emancipation Day Trophy.

The American 4-y-o colt, who last won over 1200 metres on June 28, faces a tough opponent in the Marlon Anderson-trained COUNTRY TRAIN, who was narrowly beaten by SHADE OF BEAUTY over the straight recently, but is so genuine that she will only go down fighting with former champion jockey Wesley 'Callaloo' Henry riding her from the handy mark of 51.0kg.

SWEET DIMENSION, who has been knocking loudly at the door in recent races, should appreciate the easier pace of a mile in the second race for maiden three-year-olds and should stave off STIR IT WUP with Ellis aboard, SIR BIGGS with Henry aboard, and STERRI'S CHOICE under four-time champion Omar Walker. The Patrick Lynch-trained SWEET DIMENSION came a trifle late when beaten a driving finish by MARKOFAPRINCE over the straight last Saturday, and with Shamaree Muir retaining the ride, the hint should be taken.

DREAMLINER, who strolled home by 11 lengths on his recent debut, represents a five-star banker in the third race for two-year-olds over the round five course, this for the Terremoto Trophy.

From the stables of 14-time champion trainer Wayne DaCosta, the bay colt by Porto Santo out of Golden Olympio has looked even sharper at exercise, galloping 1100 metres in a brisk 1:07.1, and with in-form Robert Halledeen again the saddle, DREAMLINER should lead home another unbeaten runner FEDORA in a field of six.

MARISHA STAR, the mount of Wesley Henry, has flattered to deceive in recent races, but now taking orders from returning trainer Collin Blair for the first time and better prepared, should win at the expense of ROMAN SPY and EMPRESS TRUCK in a 10-strong field of five-year-olds and up.

The last two races in the first Super-6 should be won by BRAWN, who was not disgraced in finishing a fifth to BUZZ NIGHTMARE over 1300 metres in the O & S Tack Room Trophy last Saturday, and DOC HOLIDAY, who was an easy winner over 1500 metres at the same meet.

Their respective dangers are SOUTHERN CRUISE and LEGENDARY PLEASURE.