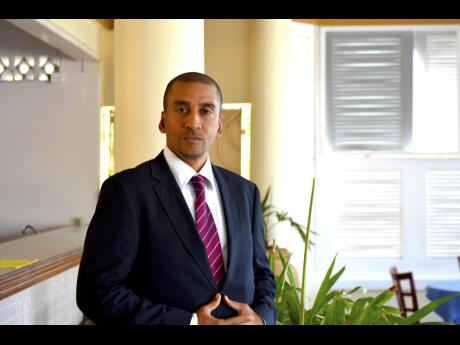 FIFA presidential candidate David Nakhid, the former Trinidad and Tobago captain, is questioning the credentials of rival Michel Platini, who is also seeking to replace Sepp Blatter as president of the world's football governing body.

Nakhid, who is seeking the support of the Caribbean Football Union's (CFU) 25 FIFA nations, is also questioning Platini's long-standing association with Blatter and his ability to enact changes to a global body that has been rocked by scandal.

Platini, the president of the Union of European Football Associations (UEFA), has been a FIFA executive committee member for 13 years.

"Platini has been positioning himself as a reformer, but how can that be?" Nakhid said.

"Those who are vying for the post should be scrutinised and looked at. How can someone claim to be free or not tainted when he has been part of the circle that has basically brought football down a sorry path?"

Nakhid has focused his campaign on a promise to consult rather than impose changes to the 32-team World Cup and to ensure that richer nations spread their wealth to the developing world.

He also wants to overhaul FIFA's management structures to ensure that technocrats rather than people like disgraced former FIFA vice-president Jack Warner would sit on audit and finance committees.

"There has not been the scrutiny placed on (Platini) as has been placed on, for example, Sepp Blatter," Nakhid said.

"On several occasions, I was blacklisted by Jack Warner for the national team because I advocated the rights of players who were inadequately paid. We need to change that type of leadership from that maximum power leadership. Something that involves consultation, that will lessen the corruption, that goes on and increase expertise."

Nakhid needs the support of five of FIFA's 209 federations by October 26 to compete in the FIFA presidential elections carded for February 26.

"I fought against Jack Warner since I was 24 years old," said Nakhid, who played in Europe between 1988 and 1995 for Grasshoppers in Switzerland, Waregem in Belgium and PAOK in Greece.

Nakhid moved to Lebanon to join Al Ansar before signing up with the New England Revolution in Major League Soccer between 1997 and 1998.

Before ending his career at Al Ansar between 2000 and 2001, he played at Al Emirates in the United Arab Emirates.