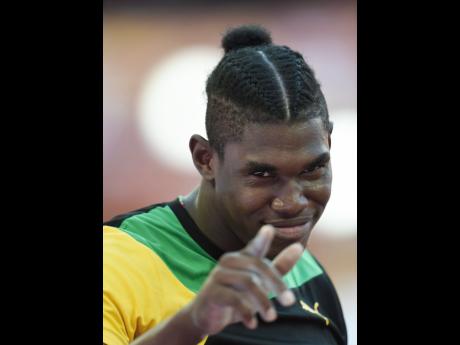 File
Dacres ... will be competing with 11 other athletes for a spot on the medal podium.

Fedrick Dacres is poised to write history when he attempts to get Jamaica’s first medal in the discus throw  at the 2015 IAAF World Championships.

The 2015 Pan-American Games gold medallist heads into the final  with the furthest throw of 65.77 in the qualifying round.

Dacres is favoured to be among the medallists after being one of only two athletes who made the 65m mark - the automatic qualifying distance.

The National Champion had expressed surprised at making the required distance on his first throw.

"I am not really a big starter, that’s the thing. And I expected to get maybe a 63.00 and I know I would build on that significantly. But I never expected it to go that far," said Dacres.

The former Calabar High School student said this achievement shows that he is in good form.

Dacres will compete with 11 other athletes for a spot on the medal podium.