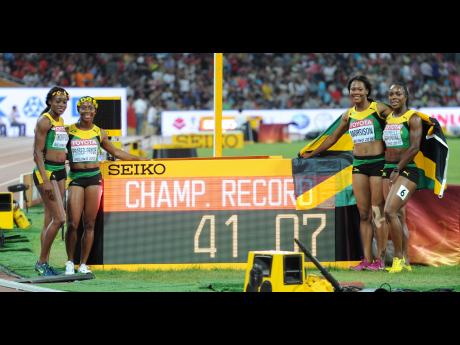 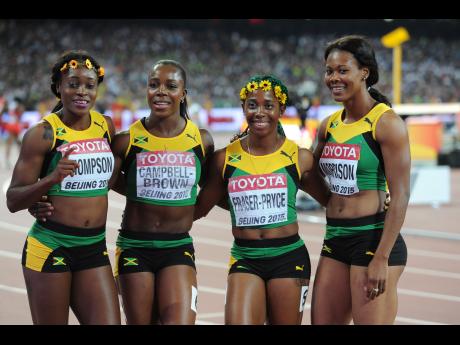 Shelly-Ann Fraser-Pryce anchored Jamaica to a massive victory over the rest of the world to win gold in the 2015 IAAF World Championships 4X100 final.

Veronica Campbell-Brown, Natasha Morrison, Elaine Thompson and Fraser-Pryce ran a Championship record time of 41.07 to secure the top position on the medal podium,

Fraser-Pryce got the baton way out in front of rivals America and ran like a train on the tracks to the line to successfully defend Jamaica's their World Championships title.

Jamaica beat their own Championship Record of 41.29 seconds set in the 2013 Moscow IAAF World Championship.

"To come here and run 41.07 in this high pressure situation and against top teams shows how strong this team is," Fraser Pryce told The Gleaner's Andre Lowe.

The rest of the world was left in Jamaica’s wake with America finishing well behind with a time of 41.68.

The veteran, Campbell-Brown was happy.

"We had two young ladies on this team and it shows that Jamaican sprinting is heading in the right direction," she said.