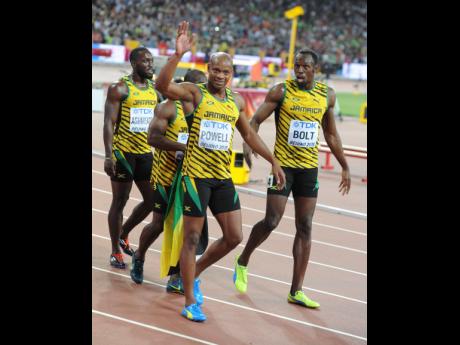 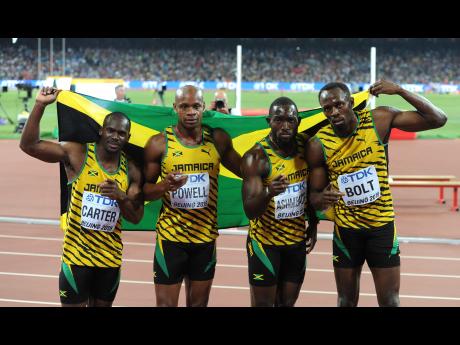 Jamaica’s male sprint relay team anchored by track and field superstar, Usain Bolt, sped to a gold-medal win in the IAAF World Championships 4X100 to continue their dominance of the relays.

The USA which was originally placed second, was disqualified because Mike Rogers collected the baton outside the prescribed zone.

Nesta Carter, Asafa Powell, Nickel Ashmeade and Bolt ran a world leading time of 37.36 to complete a sweep of the sprint relays after the Jamaican women also won their race and in a championship record too.

This win means that Bolt will again leave Beijing’s Bird's Nest with three gold medals like he did in the 2008 Beijing Olympics.

With the disqualification of the Americans, China was promoted to second and Canada, third.

"I think the crowd and the occasion got to the team," said American Justin Gatlin.