No big moves in transfer window 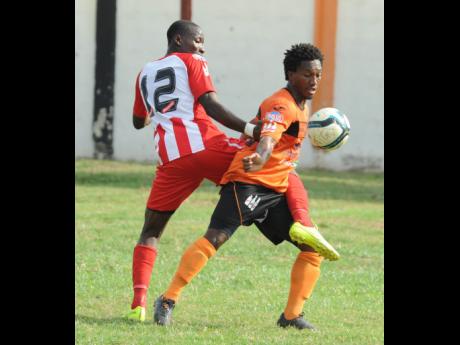 Local football's transfer window closed at midnight last night, but with the Red Stripe Premier League set to begin in little over a week, many of the anticipated big moves did not happen.

There were unconfirmed reports that Rivoli United's Corey Burke and Kemar Beckford would be joining their former coach, Calvert Fitzgerald, at Waterhouse. Montego Bay United were said to be very keen to acquire the services of last season's topscorer, Craig Foster of Reno, and there was even talk of Tivoli star man, Keammar Daley, training with Harbour View but despite all the rumours, none of those big moves materialised.

Cavalier were the busiest in the window with six acquisitions. The Rudolph Speid-coached team finished ninth with the second-best defensive record last season, and they have added more steel to their back line after contracting experienced goaltender Carlloyd Walters from Boys' Town and imposing defender Shawn Lawes from Barbican.

The club has also drafted in former Tivoli and Boys' Town striker Owen Powell to bolster their attack. They have also signed Kaheem Parris from Time and Patience, Romario Sterling from Dela Vega City, and Brown's Town's Akeem Christie.

Boys' Town were the biggest losers in the window, with four seasoned campaigners leaving the club. Apart from selling Walters and Powell to Cavalier, they traded promising defender Hugh Evans and midfielder Jason Jackson to Harbour View.

Portmore United, who are making a return to the top flight after one season, only added two players to their roster. They are midfield general Andrew Christie, who returns to the club after spending last season at Barbican, and Paul Shaven Sean, who also joined from Barbican.

UWI made one of the biggest deals when they signed Rivoli striker Jason Greenland. The striker has shown a lot of promise over the past few seasons and will be a good asset to his new club. The other signee is Stephen Lowe from Cedar Grove.

Waterhouse's only acquisition in the window was Jermaine Henry of Rivoli United, while Boys' Town only signed a Super League player, Mikhail Robinson, from Santos.