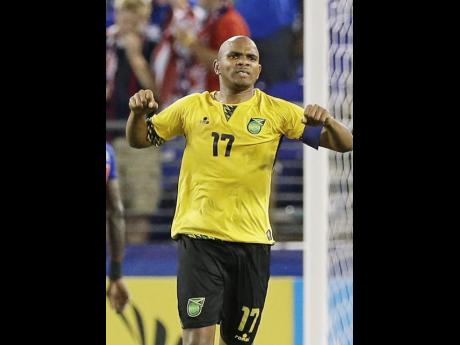 The 30-year-old midfielder, who led Jamaica to a historic runner-up position in last month's Gold Cup tournament and who saw one of his greatest highs followed by one of his lowest lows as he was unable to secure a new contract in England because of work permit issues, now has a green light. As of next month, he could be playing in Denmark for Brondby.

"Austin has an opportunity to go to Brondy in Denmark. They (Brondy) wanted to get it done about two weeks ago, but it is difficult as we do not have a Danish Embassy in Jamaica," Austin's agent, Daryll Powell, a former Reggae Boy who also played for Portsmouth and Derby County, told The Sunday Gleaner.

"Brondby really want him and it is a good club. In fact, they wanted the deal to be done for him to represent them in the Europa League against POAK Thessaloniki," added Powell, who said that the deal would be for three years.

The man who represented Leeds for three seasons and who was their captain until the end of last season had more than one offer to consider.

"He had offers from Turkey as well, but he felt that Denmark would have been better for his family life. Recently, too, Derby County came with inquiries, but that was not going to work out for the same reason the Sheffield Wednesday arrangement did not materialise."

That deal fell through because under new Football Association rules, a non-European player must play for a country ranked in the top 50 over the past two years. With Jamaica's ranking averaging 82 during that time, the player, who previously played in Norway with SK Brann, would not have qualified.

Austin, who represented Portmore United locally, is expected to link up with his new club after representing Jamaica in their two-way World Cup qualifier against Nicaragua this Friday and next Tuesday, September 8.