Double disqualication at the track as Typewriter shines 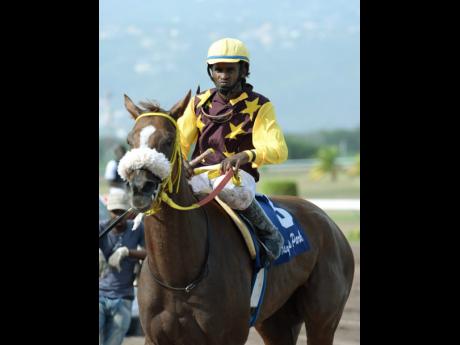 Jermaine Barnaby
WOMAN IS BOSS (Aaron Chatrie) was disqualified after passing the post first in the seventh race at Caymanas Park yesterday. 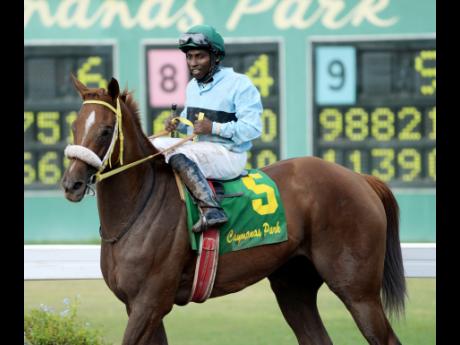 Two-time Superstakes winner TYPEWRITER started his 2015 campaign on a high note with an emphatic victory in the 3-y-o and up open allowance feature for the Nigel B. Nunes Memorial Cup, a race he was winning for the third consecutive year.

Racing for the first time since his unplaced effort behind PERFECT NEIGHBOUR in the grade one Harry Jackson Memorial Cup over 2400 metres last Boxing Day, TYPEWRITER was presented in good nick by trainer Spencer Chung. Stepping down in class, the six-year-old bay gelding by Western Classic out of Docs' Paladin outclassed his six opponents with veteran jockey Ian Spence riding him for the first time, replacing his customary jockey, Shane Ellis, who chose to ride the even-money favourite FRANFIELD.

Held up in fifth for the first half of the race as LOCKED AND LOADED (13-1) and highly fancied UNCLE TAF (9-5) for the lead ahead of TIMEFORARMS (15-1) and FRANFIELD, TYPEWRITER was produced three-wide with his challenge entering the straight as TIMEFORARMS turned for home just ahead of FRANFIELD.

Responding to the left hand whip, he went by TIMEFORARMS leaving the furlong pole to win by two lengths, with FRANFIELD another eight lengths away third.

TYPEWRITER is owned by Robert and Valentine Chung and bred by HAM Stables Limited. He has now won 14 races from 25 career starts, including the 2012 derby and St Leger, as well as back-to-back Superstakes, for total stakes of $17.4 million.

Following the disqualification of the Aaron Chatrie-ridden and Gary Subratie-trained BOLD AVIATOR on the previous Saturday, the stewards struck again by disqualifying another Chatrie-ridden horse for Subratie, WOMAN IS BOSS (4-1), for causing interference in the seventh race over the straight. The jockey was suspended from riding for the remainder of the day as well. In the very next race, they struck again, taking down the 9-5 favourite, REGALLY BOLD, with former champion Wesley Henry aboard.