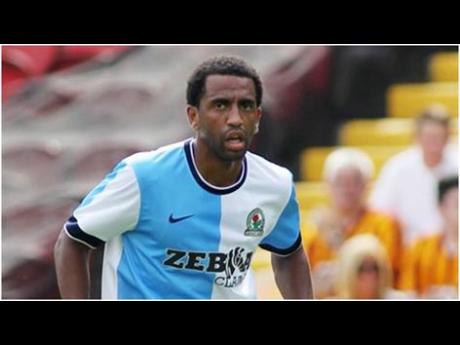 Thirty-three-year-old Blackburn Rovers midfielder Lee Trevor Williamson has been called up to the Reggae Boyz squad for this Friday's first-leg World Cup Qualifier against Nicaragua at the National Stadium.

According to a Jamaica Football federation (JFF) release yesterday, Williamson, who had been summoned to the Jamaica senior men's national team before, can operate either as a central midfielder or as a winger.

In May 2008, he was called up to the Jamaica team under then-head coach, Brazilian RenÈ Simies, for the 2010 World Cup Qualifiers. However, he picked up an injury that forced him to miss the opportunity.

The 5' 10-inch player has Premier League experience, as he has played with Watford FC between 2007 and 2009. At that time, he was a teammate of fellow Jamaica international defender Adrian Mariappa.

Williamson, known for his vision, creativity and high work rate, will be looking to add depth to Winfried Sch‰fer's team that just put in impressive shifts at back-to-back tournaments - the Copa America South American championship and CONCACAF Gold Cup.

Both competitions provided a platform for these crucial home-and-away World Cup assignments, which will advance the winner, on aggregate, to the 12-team CONCACAF Semi-finals.

Jamaica will travel for the return match in Nicaragua on September 8.

Hughan Gray and AndrÈ Clennon are due to arrive in the wee hours tomorrow morning.

The Nicaraguans are due to arrive here this evening in two batches.