Aussies go one up in one-day series 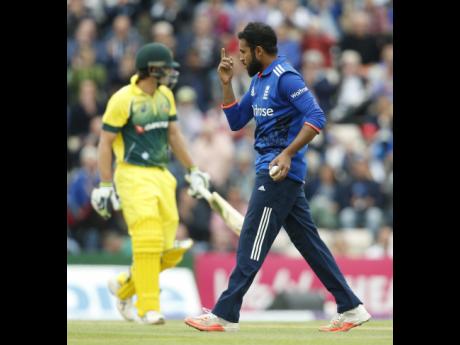 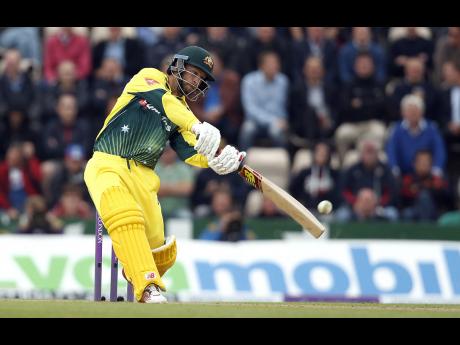 AP
AP Australias Matthew Wade hitting a boundary off Englands Mark Wood during the one day international cricket match between England and Australia at the Ageas Bowl in Southampton, England, yesterday. Wade made an unbeaten 71.
1
2

SOUTHAMPTON, England (AP) - Australia continued its recovery from losing the Ashes to England by winning the first match of their one-day international series by 59 runs yesterday.

"We probably had a bit of a hiccup with the bat in the middle order, but Matthew Wade and Mitchell Marsh at the end there, to score 93 off the last 10, was an extremely good effort," Australia captain Steve Smith said.

Then England's chase fizzled out under lights, as the hosts lost quick wickets when they could least afford to - their last eight for 94 to end up 246 all out with 4.3 overs unused.

England made a flying start with openers Jason Roy (67) and Alex Hales (22) putting on 70 for the first wicket in 11 overs.

But the English could not capitalise on that platform despite starts for James Taylor (49) and captain Eoin Morgan (38). Their fate was sealed at 194-4 when they lost three wickets without a run scored. Nathan Coulter-Nile couldn't pull off a hat trick.

"We got off to a fantastic start, Alex Hales and Jason Roy set the tone early, and when we get off to a start like that we should be chasing down 305," Morgan said.

Australia looked for a while like they wouldn't make 250.

Joe Burns and David Warner made a start of 76 in 15 overs, with Warner going on to his seventh 50-plus score against England on this tour, with 59.

Then Australia was put in strife, losing four wickets in six overs. Rashid took out Smith for 44 and George Bailey for 23 in consecutive overs, his third and fourth wickets for 4-59, the best haul by a spinner in an ODI at the Rose Bowl.

That left Australia on 178-4 in the 33rd over, facing a refired England. Australia fired back, especially Wade, who compensated for running out Shane Watson on six. He finished on 71 not out with a dozen boundaries, and Marsh on 40, in the second highest seventh-wicket stand by Australia in an ODI.

The second in the five-match series is on tomorrow at Lord's. Australia ended the Ashes with a victory but lost the series 3-2.

"We'll look at our plans and our execution of them and how they look on replays and stuff, and obviously try and improve them for Lord's," Morgan said. "But certainly, at the start of the game, we would have taken that score (of 305 by Australia).

"It is frustrating ... today was an opportunity that's gone amiss."