It's hardest to race after a major championships - Fraser-Pryce 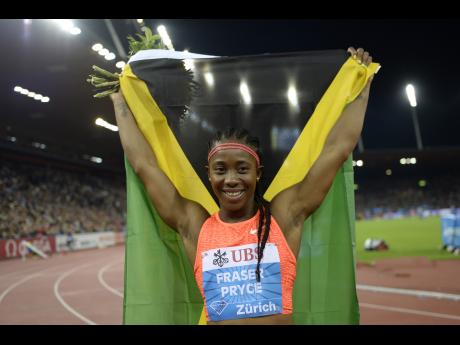 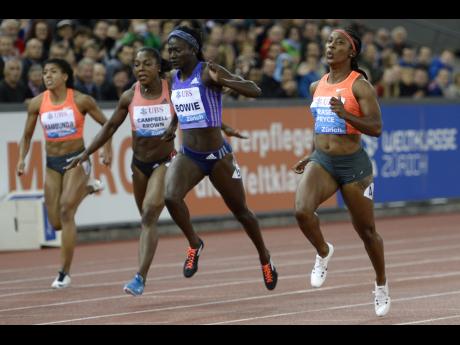 AP Photos
Mujinga Kambundji from Switzerland, Veronica Campbell-Brown from Jamaica, Tori Bowie from USA, and Shelly-Ann Fraser-Pryce from Jamaica, from left to right, in the women's 100m race during the IAAF Diamond League athletics meeting in the Letzigrund stadium in Zurich, Switzerland.
1
2

As expected it was a rapturous reception for the three-time World 100m Champion Shelly-Ann Fraser-Pryce in Zurich as the sprinter took the winners spot on a chilly night in Switzerland.

The diminutive sprinter led from gun to tape and never looked like being beaten winning in 10.93 seconds.

Smiling as always, the 28-year-old told The Gleaner it was nice to compete but found it difficult to get herself in the zone which may have seen her register a personal best.

“I just wanted to come out here and put a race together, it's always the hardest race of the year after a major championships. To be honest I wasn’t in a similar zone to where I was in the world championships. I was still focused when I got to the warm up area and focused on what I had to do but it was different.”

She added: “There is no more to ask for: I won the World Championships and the Diamond race. I am glad I finished first here. Each time I come here I want to do my best.

“I have one more race to go on Sunday, unless my coach changes things.”

Campbell-Brown told The Gleaner she wasn’t going to give herself a hard time without reviewing the race but was understandably underwhelmed by her placing and time of 11.22 seconds.

She said: “My season started rough, but it turned around and wasn’t too bad. I am grateful. I have a couple of years left, I’ll see what happens and what God has in store, taking it season by season.”