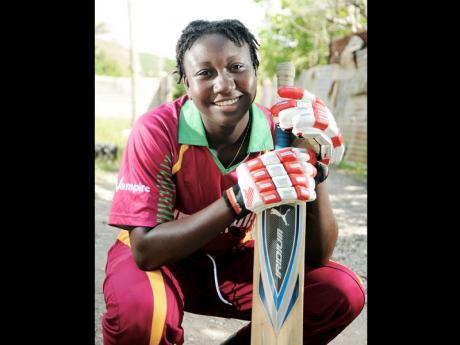 Taylor replaces the long-serving Merissa Aguilleira from Trinidad and Tobago.

The change was announced by the West Indies Cricket Board today, as it named the 18-member training squad for the home series against Pakistan starting next month.

Aguilleira led the side for six years seeing the Caribbean women reaching the final of the ICC World Cup in 2013 and the semi-finals of the past three Twenty20 World Cups.

However, chief selector Clive Lloyd said the time had come for a change.

Lloyd says Aguilleira has been there for a long time and did a pretty good job, but it's now time for a new leader.

Taylor has been one of the most prolific cricketers in the women’s game in recent years.

The 24-year-old right-hander has garnered over 3,000 runs from 84 One-Day International.

This includes five centuries and 20 half-centuries.

Meanwhile, 20-year-old off-spinner Karishma Ramharack has been included in the training squad as the only new face, while Kyshona Knight, Chedean Nation and Vanessa Watts have been recalled.

The squad will be in camp in Barbados later this month for two weeks.