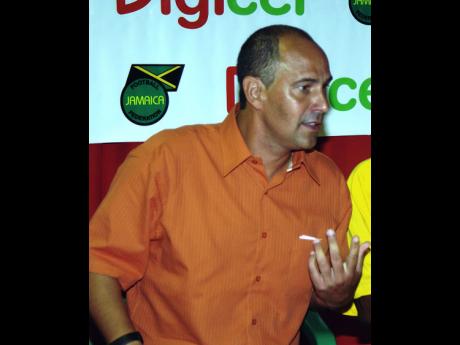 The 25-year-old was scheduled to join the team here last weekend but never showed up for his flight. He later said the club had asked him to miss the fixture.

An upset Hart accused Barnet of 'bullying' the player and having little regard for the Trinidad and Tobago national programme.

"I was not pleased with how his club handled it. Basically, they bullied the player," Hart said.

"They told him he would be available and they would release him, and then just hours before he is supposed to get on the plane they refused to let him go and then place the player in a situation where he is in a scrap with the club and the manager."

"I think that was very unprofessional and, quite frankly, they showed disrespect to the Trinidad and Tobago international programme, because I am sure if it was England who called him, or Ireland, or Wales, they would let him go."

He has played every game of the season, with Barnet winning just two of their five games to lie 18th in the 24-team league.

Had Hoyte played today with T&T, he would have missed Barnet's next game on September 5.

"It is certainly a situation that I am not going to look upon lightly with other players, as well, if it comes up. I will enter discussions with Gavin because he has to also put his foot down with the club," said Hart.

"Quite clearly, going into World Cup is extremely important, players are on top of their game and playing regularly for their clubs and, of course, we want to have proper relationships with the involved parties."

He added: "There will be no situation like this come World Cup qualifying because we will have to know from the onset whether the player is coming or not, and take action accordingly, depending on the matter at hand."