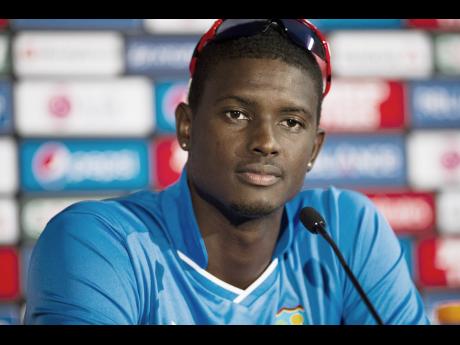 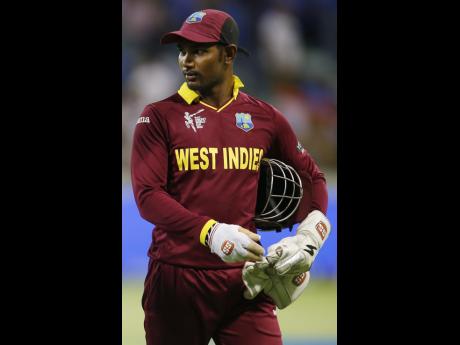 Wicketkeeper Denesh Ramdin has been axed as Test captain after just 15 months in charge and replaced by rising star and one-day skipper Jason Holder for the tour of Sri Lanka next month.

The 23-year-old, who has played eight Tests and 33 one-day internationals (ODI) in his fledgling career, will lead a 15-man squad for the October 14 to November 12 series, which comprises two Tests, three ODIs, and two Twenty20s.

Long identified as a future leader, Holder was handed the reins of the one-day team last January and managed to impress with the way he handled the unit.

As a result, the West Indies Cricket Board said yesterday the recommendation by the Clive Lloyd-chaired selection panel to make him Test captain had been "endorsed unanimously" by directors during a teleconference last Wednesday.

"The directors discussed the recommendation put forward by the selectors. We have all seen Jason's clear leadership potential and believe he can perform an excellent job for West Indies cricket over many years. We congratulate him on his appointment," Cameron said in a release.

"We would like to thank Denesh for taking on the responsibility of leading the Test side over the last 15 months. He remains an integral part of West Indies cricket and will continue to have a vital role in our Test side."

Under fire after replacing veteran all-rounder Dwayne Bravo as ODI skipper, Holder endured a further baptism of fire when West Indies were hammered 4-1 in the five-match ODI series in South Africa last January.

Holder also had a rough start at the ICC World Cup the following month when the Windies were upset by Ireland in their opening match, but his performance proved pivotal as they came back strongly to reach the quarter-finals.

A lanky seamer and right-handed batsman, Holder showed his mettle with both bat and ball during the tournament, and Lloyd said he had done enough during his short stint to prove he was fit to lead the Test unit.

"He is a young man that all of the selectors, people in the Caribbean, and worldwide believe has several of the qualities that can take our team forward," the legendary former West Indies skipper said in the release.

Though he broke into the team as a seamer, Holder's batting has improved significantly in the longer version, where he has already scored a Test hundred and two half-centuries and averages 34.

His unbeaten 103 against England last April came in difficult circumstances on the last day of the opening Test in Antigua when he managed to scramble a draw for the Windies.

And last June, he stroked a flamboyant unbeaten 82 from just 63 balls in the second Test to prop up the West Indies batting.

The 30-year-old Ramdin, meanwhile, was appointed to the role in May last year, replacing the long-serving Darren Sammy. He led West Indies in 13 Tests - winning four, losing seven, and drawing two.

Lloyd said the decision to remove Ramdin was with the view to getting more from the player with the bat. He also said he had spoken to the veteran of 69 Tests about his new role in the side.

"I have spoken to Denesh and he understood the situation and there was no animosity," said Lloyd.

Barbados left-arm spinner Jomel Warrican is the only new face in the side, with the uncapped all-rounder Carlos Brathwaite also included.

The squad will undergo a preparation camp in Bridgetown from September 20 before departing for Sri Lanka eight days later.