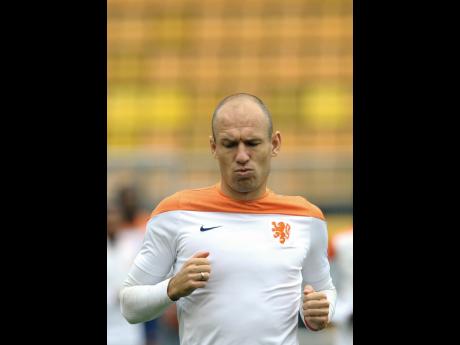 The Lyon midfielder went on in the 80th and scored only four minutes later to extend France's 40-year winning streak over Portugal to 10 straight victories.

France's Anthony Martial added to his big week by playing his first international match as a second-half substitute - just days after he became the world's most expensive teenage transfer in a deal worth $55 million to join Manchester United from Monaco.

The visitors lost Lyon forward Nabil Fekir to an injury in the 14th minute of the match at Jose Alvalade Stadium.

Portugal visit Albania on Monday in a European Championship qualifier. Portugal lead Group I with 12 points, while Albania and Denmark are level on 11 points after drawing 0-0 yesterday in a Euro 2016 qualifier.

The victory also saw the Germans avenge their first ever defeat to Poland last October.

Poland captain Robert Lewandowski pulled one back with a thumping header to Kamil Grosicki's brilliant cross, but Goetze sealed the win on the rebound in the 82nd after Lukasz Fabianski saved Mueller's initial effort.

Robben out for four weeks

MUNICH (AP) - Bayern Munich winger Arjen Robben has been ruled out for four weeks with a groin injury sustained while playing for the Netherlands.

Robben came off with less than half an hour played in his country's 1-0 home defeat Thursday by Iceland in a European Championship qualifier. Bayern says an examination by its team doctor yesterday revealed a "muscle injury in the region of the left adductor."

Robben will miss the Netherlands' trip for tomorrow's qualifier in Turkey.

The Dutch are third in Group A - eight points behind leader Iceland - with Turkey just a point behind in fourth place.

The top two in each group qualify automatically for Euro 2016 in France. The best third-placed team also qualifies automatically, and the other eight teams can qualify through a playoff.